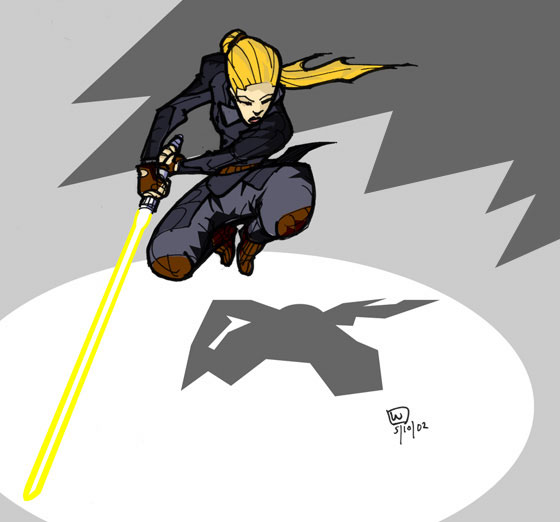 Female jedi in action, with some non-regulation jedi garb. This pic has been described as possibly that of a jedi-in-hiding after the Clone Wars or perhaps during the Rebellion Era. This piece (part of a series) was originally done for the Jedi Redeemer article. However, Moridin (the article's author) and I decided to take a less 'cartoony' approach to things, and the picture was never released.