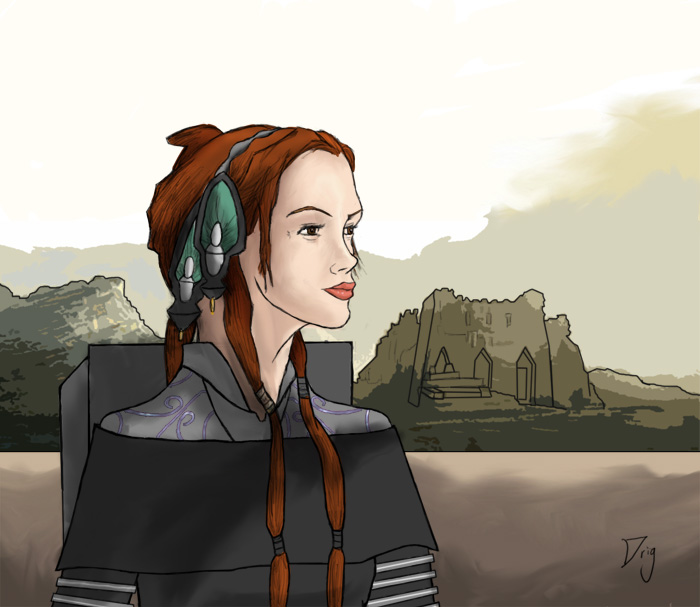 Raised on Mon Calamari, Senator Belladonna entered the world of politics with a demeanor that would rock the Corellian political arena in the New Republic. Friends describe her as peaceful, passive, and predominantly passive. Political enemies describe her as a very aggressive edge during conflicts and debates.

This is Belladonna taking a breather before her next big debate with the Corellian Big Wigs.

I dunno about anyone else, but that expression on her face and the atmosphere of the artwork nails her description. Great stuff!

--
Hishgraphics: A View From The Tenth Freaking Floor

Just looking over your gallery, I can definately see how you've improved, Drig. I look forward to see what you do with Jav and S2.