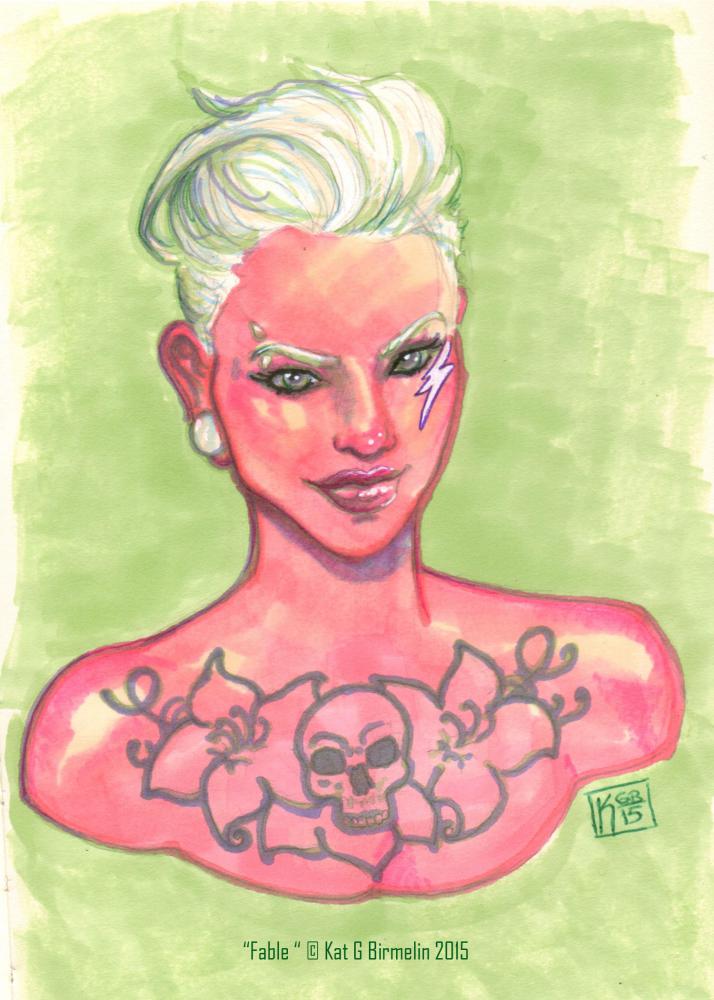 God I miss playing Jynx. I'm still trying to get into the swing of playing my new character in our FF based home campaign, Fable, or as the rest of the crew know her: Mistress Deliahla. I switched over from scoundrel partly because it seemed like everyone else had that template, and am now playing her as a colonist/politico/preformer which has turned her into an absolute beast as the face for the party.

This was just a playful sketch in my 5 x 8.5 in toned paper sketchbook, blowing off a little steam away from paid freelance work, which is picking up. Markers, white ink, and colored pens, chaneling a little bit of Phil Noto in there. Anyways, I hope you guys like her. She's roughly based off an old disquise Jynx had paraded around in a time or two in our old living D6 campaign.

A very pretty face, she looks like she's got attitude and balls. The tattoo looks great, neat design!