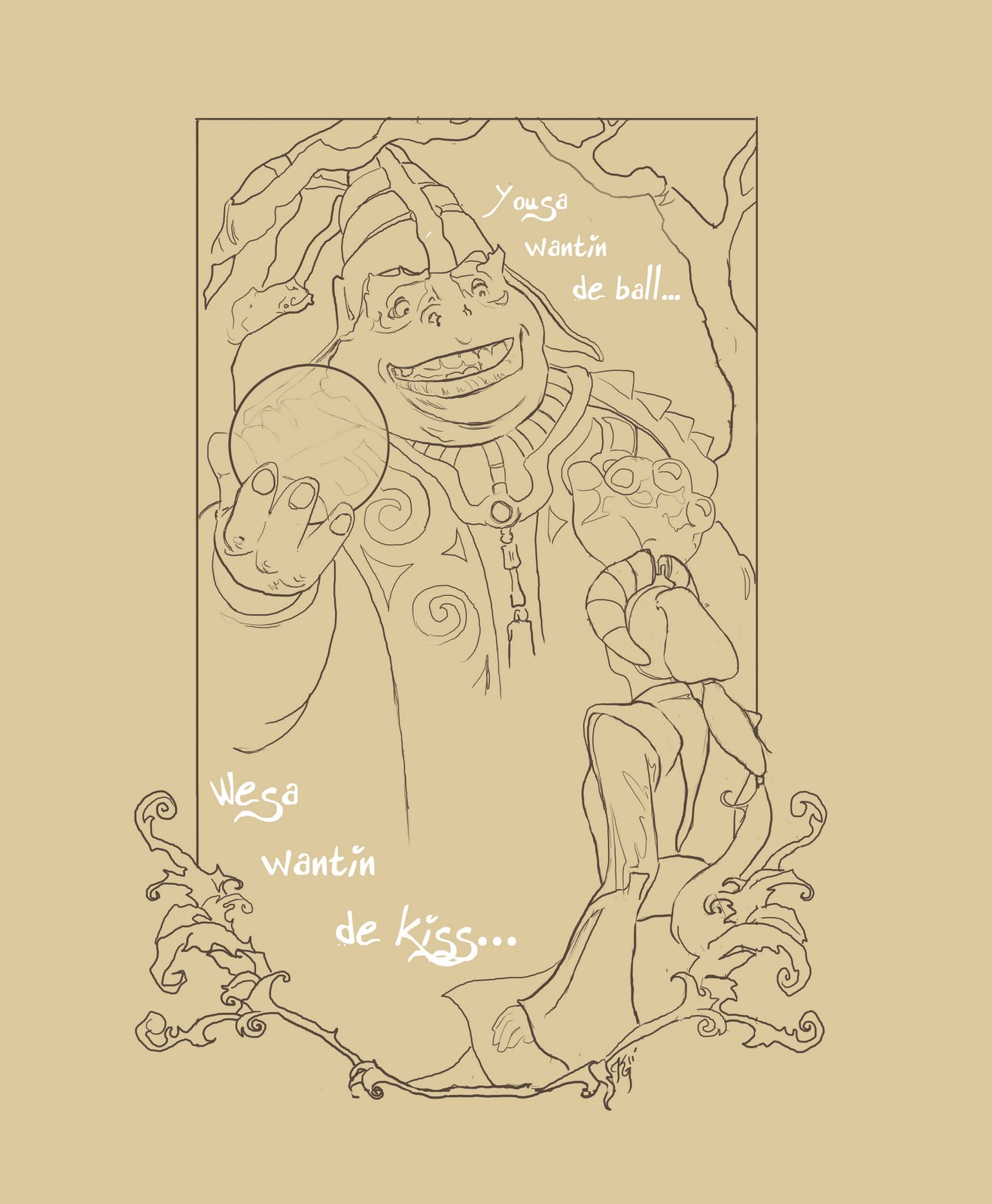 Hey guys, it's been a while since I posted anything here on SWAG. I'm having some issues posting any blogs as they don't seem to want to upload any of my pics, so I figured I would give this a shot instead. This is a piece for part of an online challenge that has less to do with Star Wars and more to do with Grim's Fairy Tales. Originally, I wasn't going to twist it the Lucas way, but as I started to lose interest in the project I got a hankering one night to Lucas it up. And why not? It made perfect sense to do it. So....here is the final pencil draft I've done for the challenge. It's a basic interior illustration featuring 'The Queen' and Boss Nass. This is done in Photoshop using a tablet and stylus to free hand in the sketch, though it's over an early sketch. To check out more of the process you can check that out here:http://katguevara45.blogspot.com/2011/04/frog-prince-star-wars-twist-wi… -Kat/Jynx