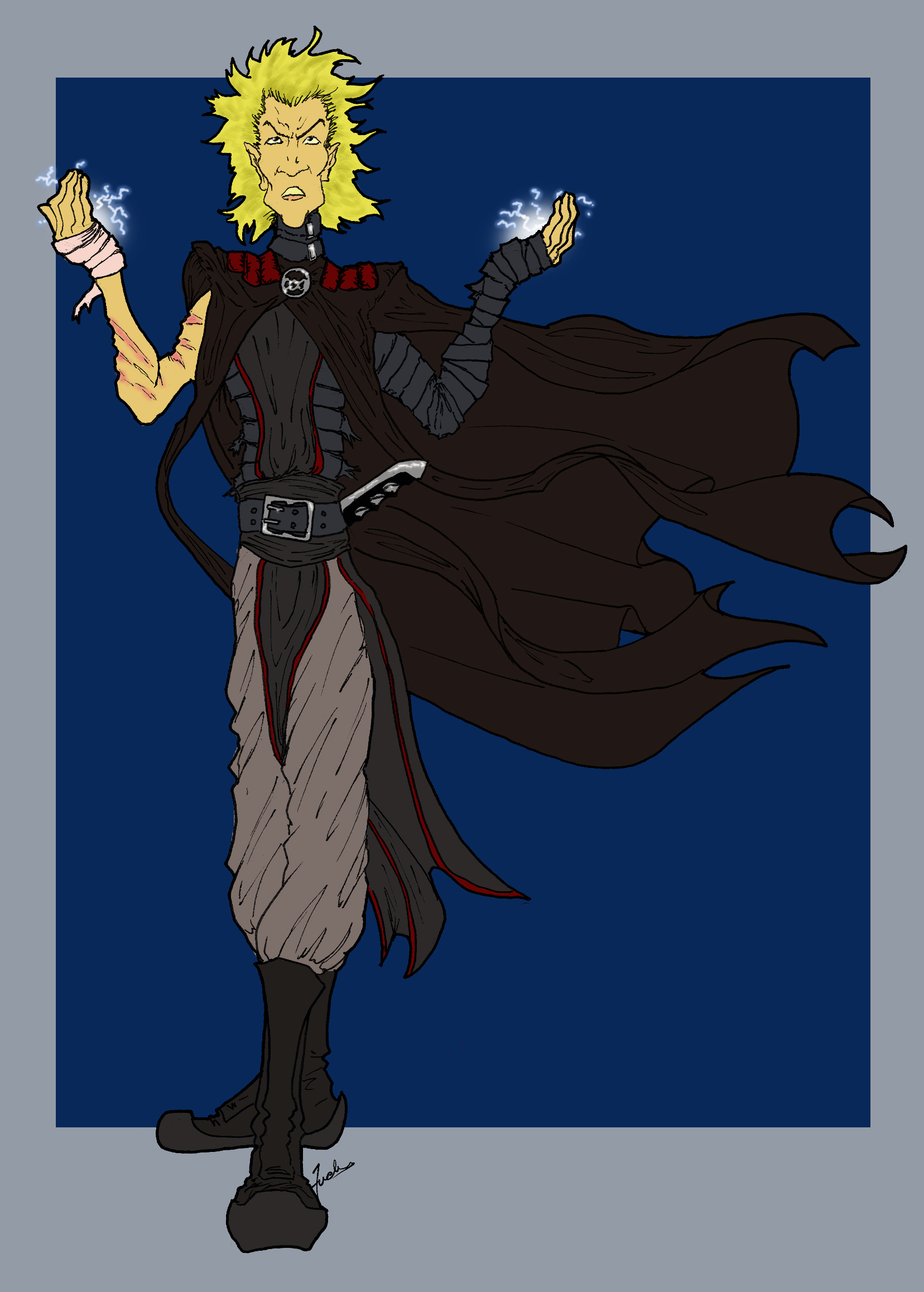 Hale was the leader of the gang of youth Dark Side followers, which infested Alderaan's capital city some 300 years before the formation of the Galactic Empire. As a boy, Hale had some Force potential, and longed to become a Sith, something he knew of only through ancient and obscure legends. He was was born into a poor family and, for the most part, raised himself on the streets. He was, however, very intelligent, and skilled enough in research to find information he sought after. The information he cherished most concerned the history of the Sith. His careful research and underworld connections eventually helped him find what he believed to be a Sith Holocron. He secured the artifact with some ill-gotten funds,and began his education in earnest. Hale's discovery of the Holocron was no accident. It's owner, the Sith Lord Darth Omen, arranged for the device to come into Hale's posession. Omen knew Hale was not strong enough to become a Sith, but he did have the skill necessary to put into motion plans, by which Omen could eliminate his own master, Darth Demos. Hale came to worship the teachings of the Holocron and called others to his cause. He frequently consulted the holographic Weequay gatekeeper of the Holocron, never once suspecting that Omen was actually a living Sith. Hale's gang, by and large could not touch the Force, but those that could elevated the gang's prominence within the community, and escalated rivalries with youth gangs througout the city. When the few Force users in the group bacame a genuine threat to the population of Aldera, the local Jedi got involved to resolve the conflict. Two young Jedi Padawans, Jordan Farseer and Elani Wynflaire, infiltrated Hale's group and eventually won his trust before killing or capturing all of the Force users and collapsing the gange from the inside. In a final confrontation, Hale was defeated by Wynflaire, who confiscated his Sith Holocron.