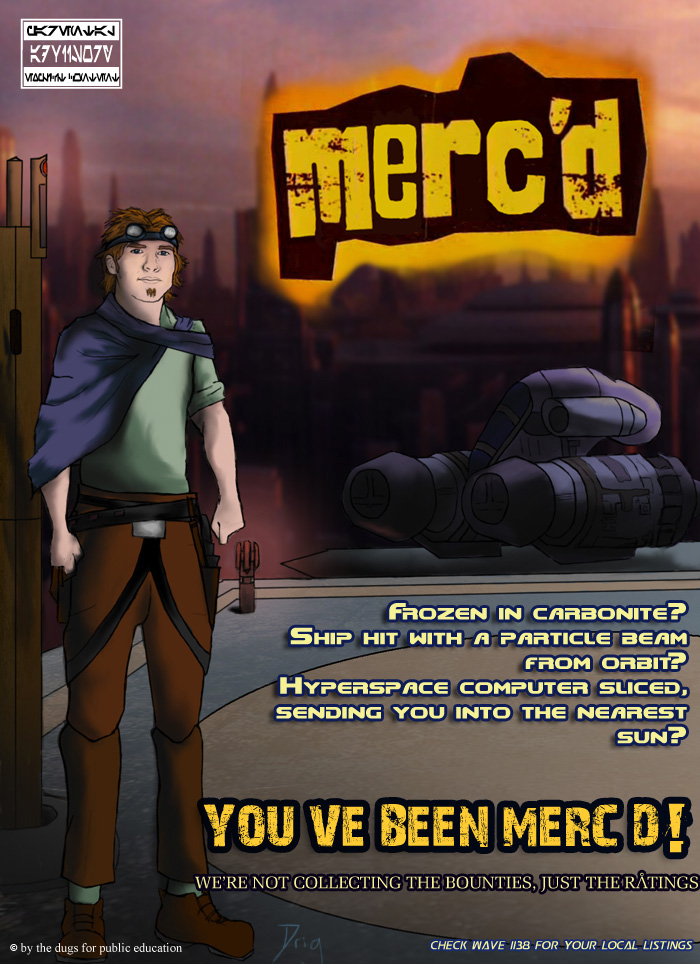 A holonet reality show around Bounty Hunter Ashton Antilles and his cast/crew that follow him around on his missions. The concept is very much like Punk'd, only that they are hilarious methods of "offing" people that are wanted.

Request for Tan-Par. Requester asked that main character, Ashton Antilles be based loosely off of Ashton Kutcher in a poster style.

Background Coruscant sky is from concept art by Yannik Dussealt.
Starship design is a version of one of Douglas Wheatley's starship designs for the "Dark Times" comic and design should go entirely to him.

Great dramatic look and even greater kinda humour, frell i'd watch it!

Did you make up that ship in the background? or is it based on something? I really like it!

Very... VERY cool. Thank's very much for this!