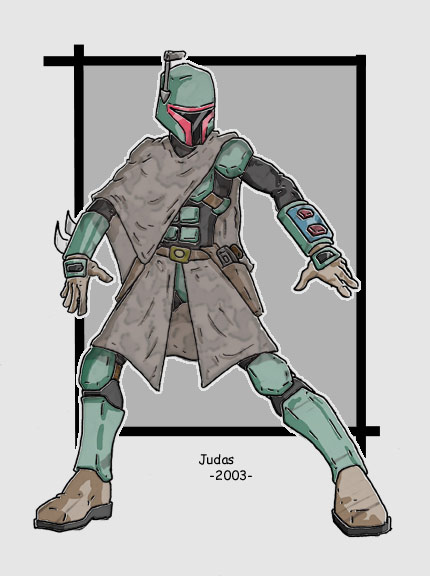 A Clone trooper whose mental conditioning failed. He became a twisted version of the original.
He was bitterly jealous of Boba Fett, who he saw as their 'fathers' favourite. He spent many years trying to destroy his 'brother'. Teff finally caught up with Boba on Tattooine, only to find that the latter had fallen into the sarlacc.