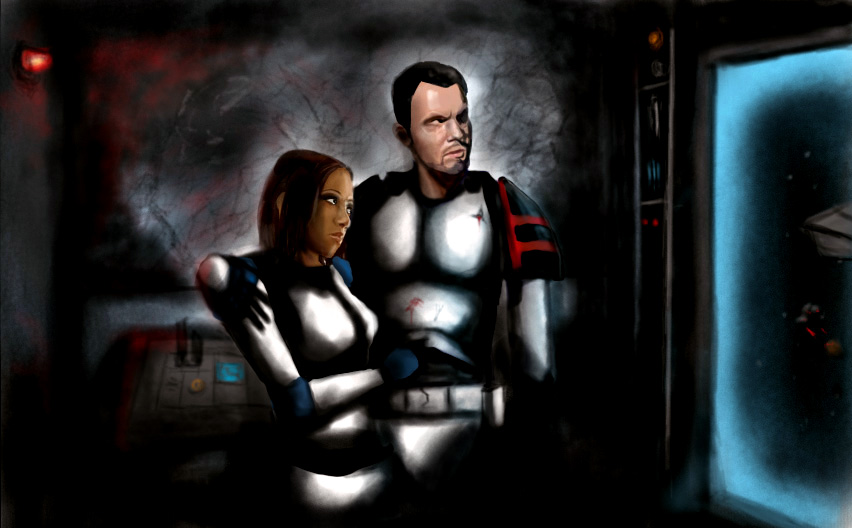 The Clones and Jedi may have made up most of the Republic Grand Army but with a galaxy so large more would be needed. Some ships, if not entire fleets, were also made up of regular beings from across the galaxy willing to lay down their lives to protect there loved ones and the Republic. One man was Senn Lansing, a General in the Grand Army who lead his own fleet into battles. His fleet was geared mostly for space combat but he had enough ground forces to reinforce if needed. He thought of the clones as a temporary solution to a very real problem that happened way to fast for the republic to handle. He thought that the Clones would sooner or later be replaced with real people.

He supported his thinking on this by taking in as many non clones as possible into his fleet. As the war went on his fleet was one of those fleet that did there job well and brought a number of victories but were over shadowed by the jedi and the clones. This annoyed him as he believed his men deserved to be acknowledged of their hard work at least. There were also no signs that clone production was going to slow and he was forced, do to lack of non clones, to bring clone forces into his fleet. Order 66 was a complete shock to him and his non clone forces The jedi in his fleet were killed, just like that. It seemed he was next when the clones demanded he releave his command and all the none clones to disarm. Thinking the clones had betrayed them he fought back. His fleet was torn asunder.

The internal battle was epic in a sort of twisted way. Ships that fought along side one another now fired on each other. In the end only Senn's command ship managed to get away. The others where either destroyed, in the clones control or disabled.

Hey....isn't that Adam Baldwin from Firefly/Serenity/Chuck/Mass Effect 2? Looks a hell of a lot like him.

Excellent. They do look like they've been through the grinder together.

Thanks everyone. That is supposed to be Adam Baldwin and I forget who the actress is that the requestor had specified. I didn't know Jane is in Mass Effect 2! All the more reason to buy it!!!!

Super job Drig! I'm so impressed with this work! Sithsherald said it; the mood is great. The light and shadow effects are expertly done. Great detail on the faces. Photo-realistic my friend.

Sorry i wasn't on for a while, i had moved and we didn't have the net for a while. VERY NICE thanks for the great work! this is exactly what i was looking for.