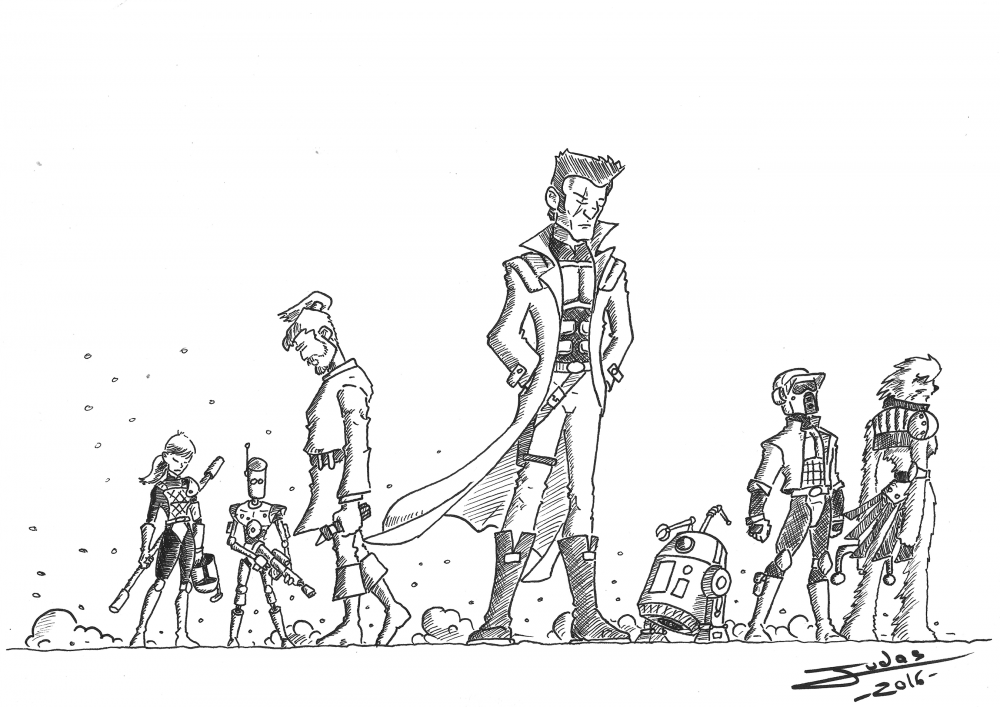 So, I just tossed this together real quick.  I wanted to post something since we're finally up and running again.

Soooo....I'm afraid I don't have a cool story to go along with this one.

I would totally love to hear what stories you guys could make up for it.  If you give a good one I may turn it into a series of pics involving these characters.

I would really like to hear the story behind this piece.  There is a lot of tension in the air that you can see and almost feel it.  Good job.

They'd all come with competing interests; pursuit of power, an effort to prevent that power falling into the wrong hands, heck, some just for the opportunity to sell to the highest bidder. Various paths, pressed and pushed from stray corners of the galaxy, tracking clues and chasing leads, and not without a few pints of blood spilled along the way.

Master Odell-Kor had lost his student.

Rrrullarra had lost her freedom.

And all for naught; when the winding paths all finally drew together and converged on the site, an unassuming street in an unassuming village on what should have been by all accounts a mild, provincial planet... there was dust. Wind and dust and a crater in the earth where perhaps, just possibly, the little local museum had once stood. Barely filling two rooms, it was a laughable collection of artifacts compared to what the galaxy had to offer, not worth a second glance to anyone who had half an education in history or archaeology. Still, the little establishment had been the pride of the village, lovingly tended by a venerable Chadra-fan whose broken body had been discovered first by the crafty astromech, and still lay half a block away.

The Chadra-fan couldn't have known what was contained in the little locked box, sealed by the Force, gilded and glittering on one of her carefully arranged shelves.

Even half the treasure hunters hadn't known the entirety of what they were chasing.

Wow!  That is a good story.

Well, you created such a damn fine mood to work with!