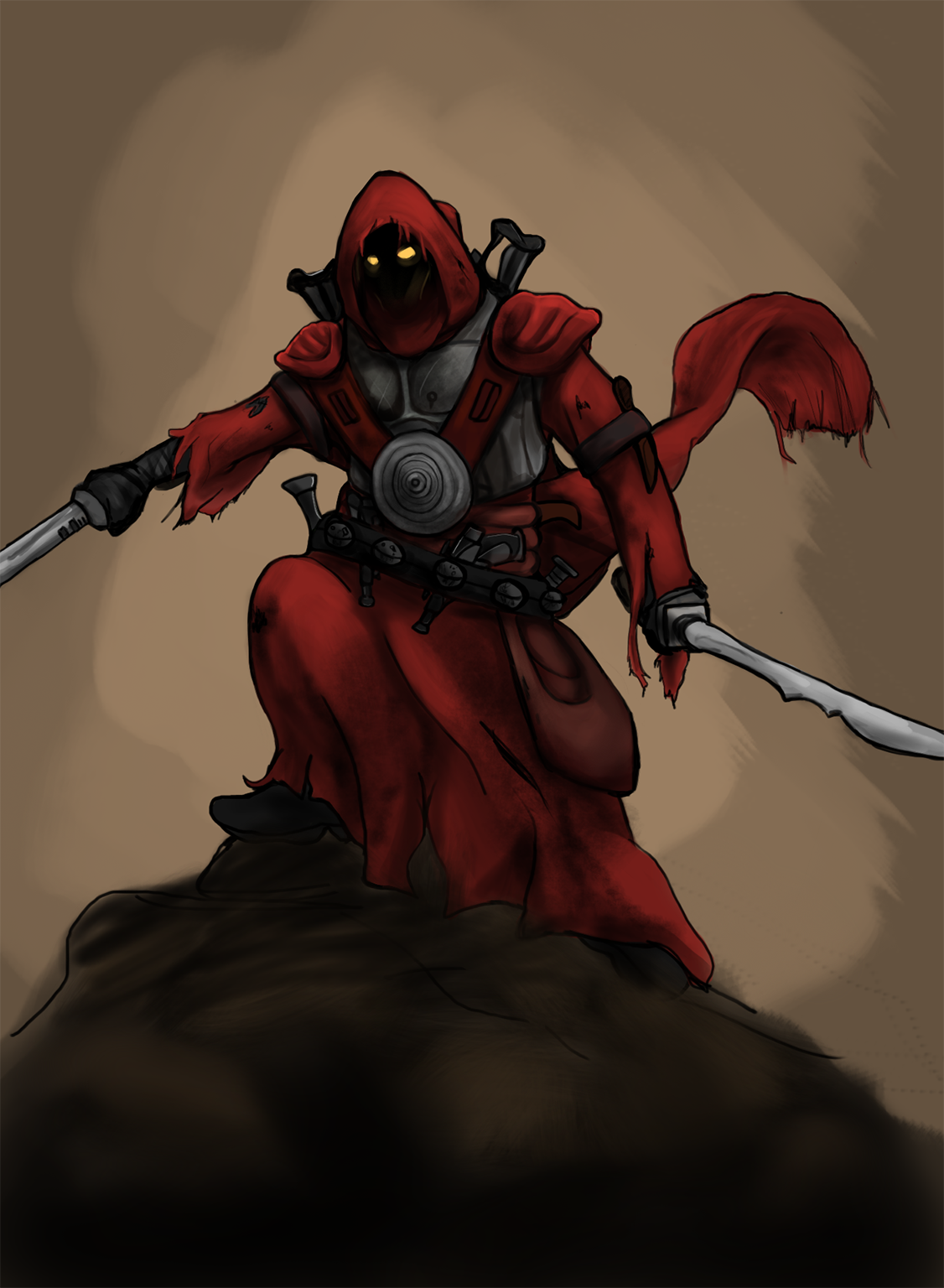 Request by Skogthejawa. Lines and Colors done on the iPad.

Our group ran into them (The Aing-tii) and walked away from them significantly different. They left their markings on our crew in scroll work or tattoo's on their bodies. The tattoo's are composed of sharp angles rather than curved lines.

He is the Body Guard:

Name: Skog Knex-verage jawa height basic jawa tunic; long brown burlap looking sack. Smoked and burned holes are rampant as well as signs of laser fire are all pitted through tunic. He is a master duelist,A red sash that waves in the wind is really the only thing that clothing-wise catches much visual attention. All mechanical limbs. he wields a vibro rapier, it is his baby. This vibro rapier is dripping in black sith ooze and is wrapped in mandalorian iron.

Basically this guy is a weapons master
If it kills he has it on him.

Two adumari blastswords are on his back one on each side of his head handles faced up. One togorian scimitar is leaning to the left also carried on his back crossways of the adumari blast swords. A pair of colt pistols western style are worn where belt buckle would go. Two disruptor pistols are placed on the back of the belt. An ion blaster is also attached to his side. A concealed vibro brass-knuckle plate is on right hand. Multiple concealed blades made from anything from rock to durasteel are also woven into tunic for easy access. A few frag grenades are also scattered amongst the cross strap. Three sticky glop grenades are attached to the cross strap running from left to right from shoulder blade to belt.

This is in the nightmares of the other jawas.  Also, there can be only one.

Very ominous. The framing of the face ( or lack there of) is superb. Great overall feel to this . Nice job.

I'm out of a it for a little while, and Drig finishes a request... WHAT'S THE WORLD COMING TO

Looks awesome, by the way.

That is one bad-shebs jawa!  I would not mess with him.