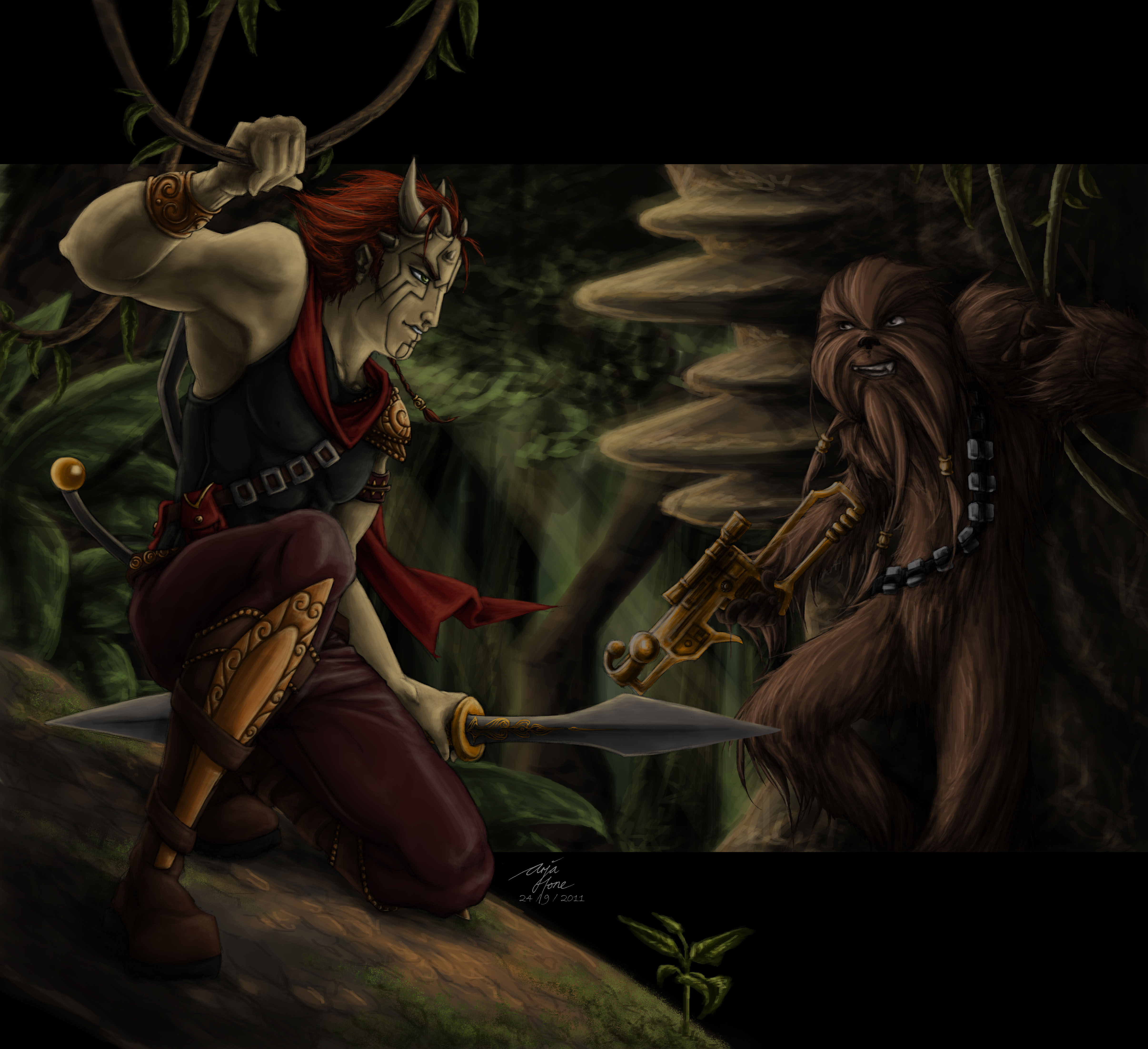 "Haradion Drogon is a Zabrak, with a crown of horns along his head, and short Red Hair, about 2" log. He has not Facial Tatoos himself, except for a couple of lines.
This is because when he was a small child (about 4) his parents were killed by Trandoshan Slavers. The ship crashed on the nearby Planet, Kashyyyk. There he was found and fostered by a Wookiee Family."

After some negotiation, we decided on one picture of Haradion and his Wookiee 'brother' in the Jungles of Kashyyyk:
"... crouched in a battle ready position, with his blade ready, and his Bowcaster strapped to his thigh/belt. His brother as back up, with his blades at his belt and his bow caster raised.
There would have to be clear indication that he was raised as a Wookiee (so Red Hair in dreadlocks etc)"

This does look incredible Mercy..

You know I worried that this piece would end up being really dark with all greens and browns. You really nailed it though. Those bits of red and gold seem to make everything else pop out.

It is incredible. My favourite Piece of workmanship I have ever seen here. It is currently my desktop.

Looks great and loke the scene.

Cheers guys! I have to say, I'm very happy with this one :o)

I really, really love this one.

Despite all the gorgeous detail all over the piece, Haradion's face manages to stand out as a real focal point. So nice.

Thanks Tussy! You're such a sweetie!!

Seriously great work, Mercy. All the colour ties together soooo well. And I love the detail & handling of the Zabrak especially. Man! I want to do a Zabrak character now!!!