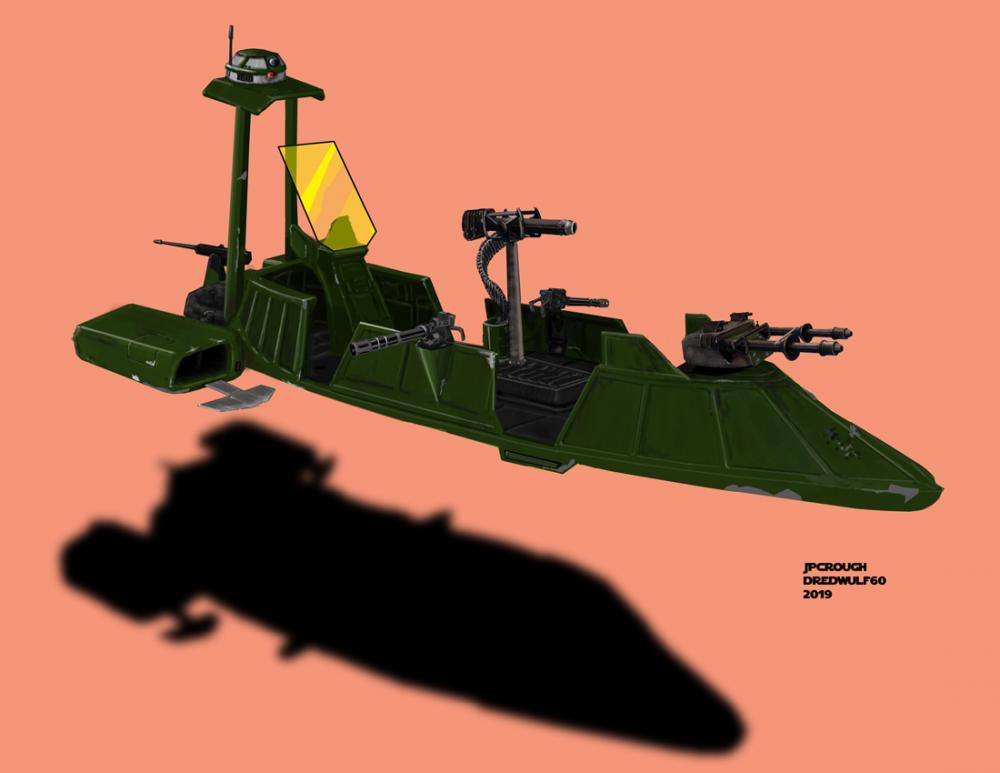 Based on the ideas of CRMcNeil over on the Rancorpit.com

The Combat Skiff is the unofficial name for the Alliance SpecForce's Special Warfare Support Skiff. Based on a common model of Cargo Skiff, the Combat Skiff is upgraded for better speed and performance, and is equipped with an array of heavy support weapons, as well as comm-scan and stealth equipment used to augment and assist deployed SpecForce teams.

Small enough to be easily deployed in a variety of common freighter types (so long as their cargo bay doors are large enough to fit it), the Combat Skiff is a popular transport for Infiltrator and Pathfinder teams, delivering them close to their intended target, providing sensor and communications support during the mission, and extracting them afterwards. The Combat Skiff is crewed by SpecForce personnel, with a driver and technician making up the crew and four gunners from Heavy Weapons operating the weapon systems (the Technician handles the comm-scan system, as well as manning whichever weapon isn't on the engaged side if in combat).

Great concept!  Can you describe what we're seeng with the astromech head mounted on the canopy?  Is it functional?

Since it is based in large part on a River Patrol Boat:
https://i.ytimg.com/vi/KzFVMFv-3kM/maxresdefault.jpg
They have radar domes mounted.  I figured a good star wars equivalent for size/shape and function would be the head portion of a droid, similar to an astromech.  Handles all of the sensors.

"Never get outa the boat!"