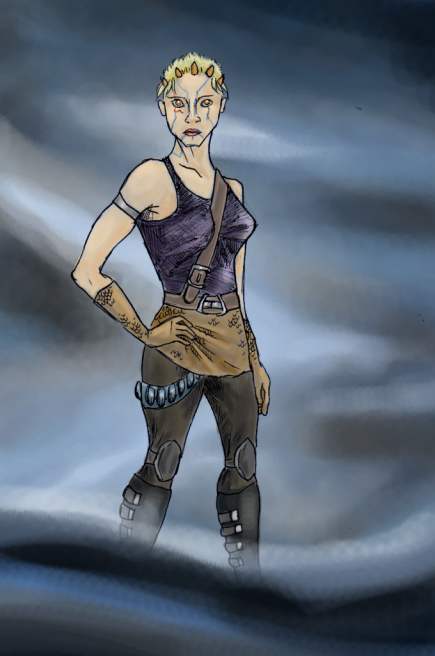 One of a bunch of character portraits I did for the squad- Nimeq, our group's medic, who also happened to be the only one of the group who was an army kid through and through. It was a bit of a big deal for her when we turned our back on the Empire; she threw away what would have been a brilliant career in the name of her loyalty to the squad.

This was drawn shortly after she went on a solo mission to Dathomir-- and came back not only newly aware of her Force sensitivity, but also wearing some reptile skins. Tusserk was not entirely impressed by her new clothing.

Lol, so she hunted down and skinned herself some new fashion apparel out of rancor hides eh?