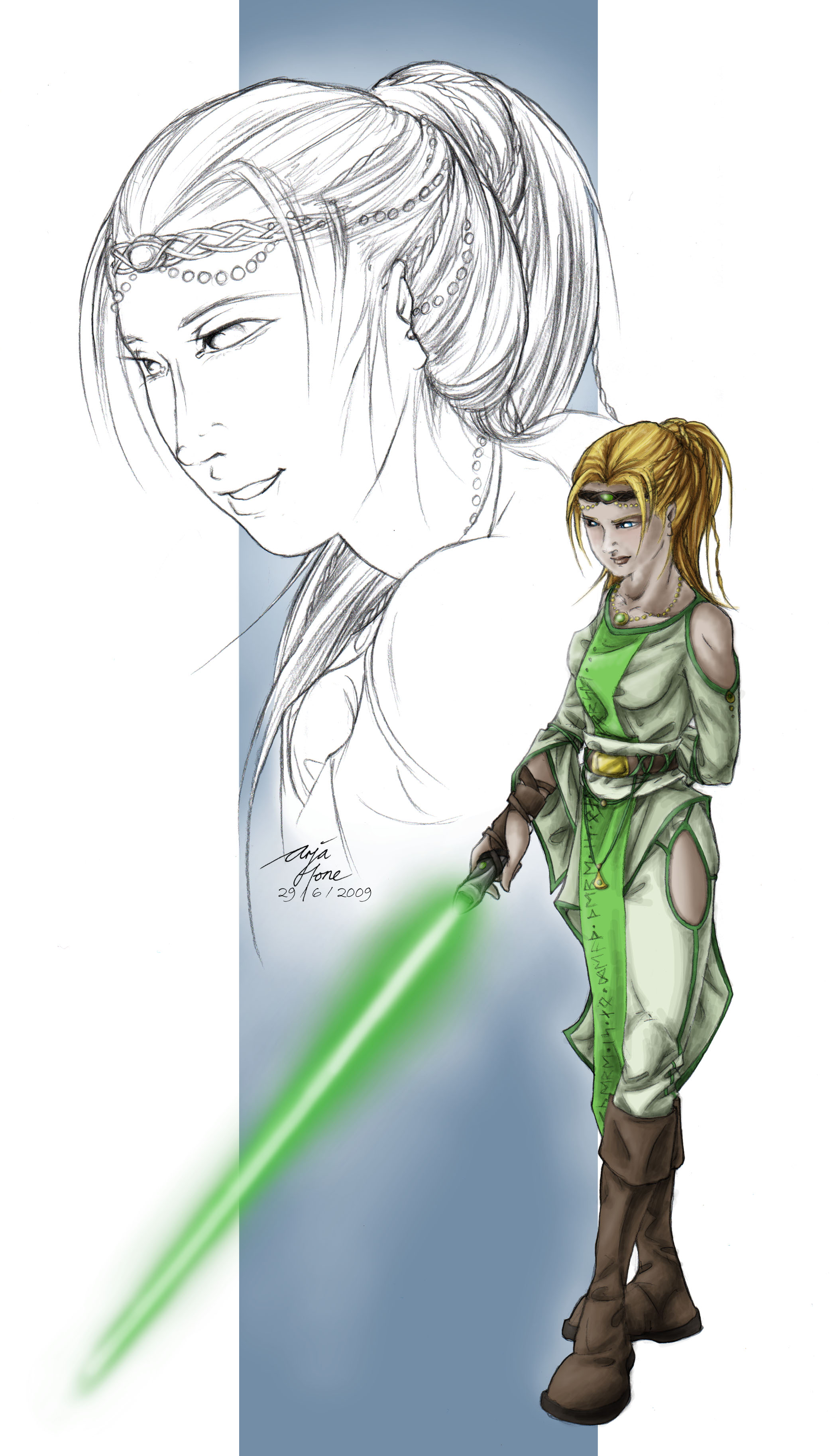 A new request from Trisskar for another Character, Ahrissa, who recently reached the level of Jedi Consular;

Age: 30
Race: Human
Born: Corilla (She is a corillan Jedi...errr, was...)
Appearance: She has a very elven appearance, very graceful, regal, majestic....but she does have a bit of a wild streak, and doesn't mind getting her hands dirty in the least bit
Eyes: Crystal Blue
Hair: strawberry blond.... I'll let you play with that...
Goes past shoulders, often pulled into a Tail. She will often times have a vine mesh or something pretty in her hair, a crown of sorts...again... I'll let you play with it

Robe Colors: White and Soft Greens
-ornaments: She often has runes and vine designs on her robes
Likely she would have brown leather strapped around her saber hand and wrist. (right handed)

Achievements: As said, she is being promoted to councilor

Behavior: Gentle, but firm and resolute in her ways, a bit over confident at times. Determined.

Ohoho, that's a really good one, Mercy! I like the style...

Love the pose! Mercy, I love the green and other colour effects to it, nice request trisskar!

Guess what? Im in England! I go here every summer! A very warm and humid heatwave has infested the seaside, lovely to meet my brits again its wonderful!

hehe I love her to! I'm actually going to call up someone and see if they can make me that outfit for Gen Con, if I do, and she does, and it is done in time. I'll take pictures!

That would be so cool!!!

This is a great one Mercy. I love the colors and the background sketch. You may want to try this style again sometime and add some very washed out color to the background portrait. I think that would look really cool.