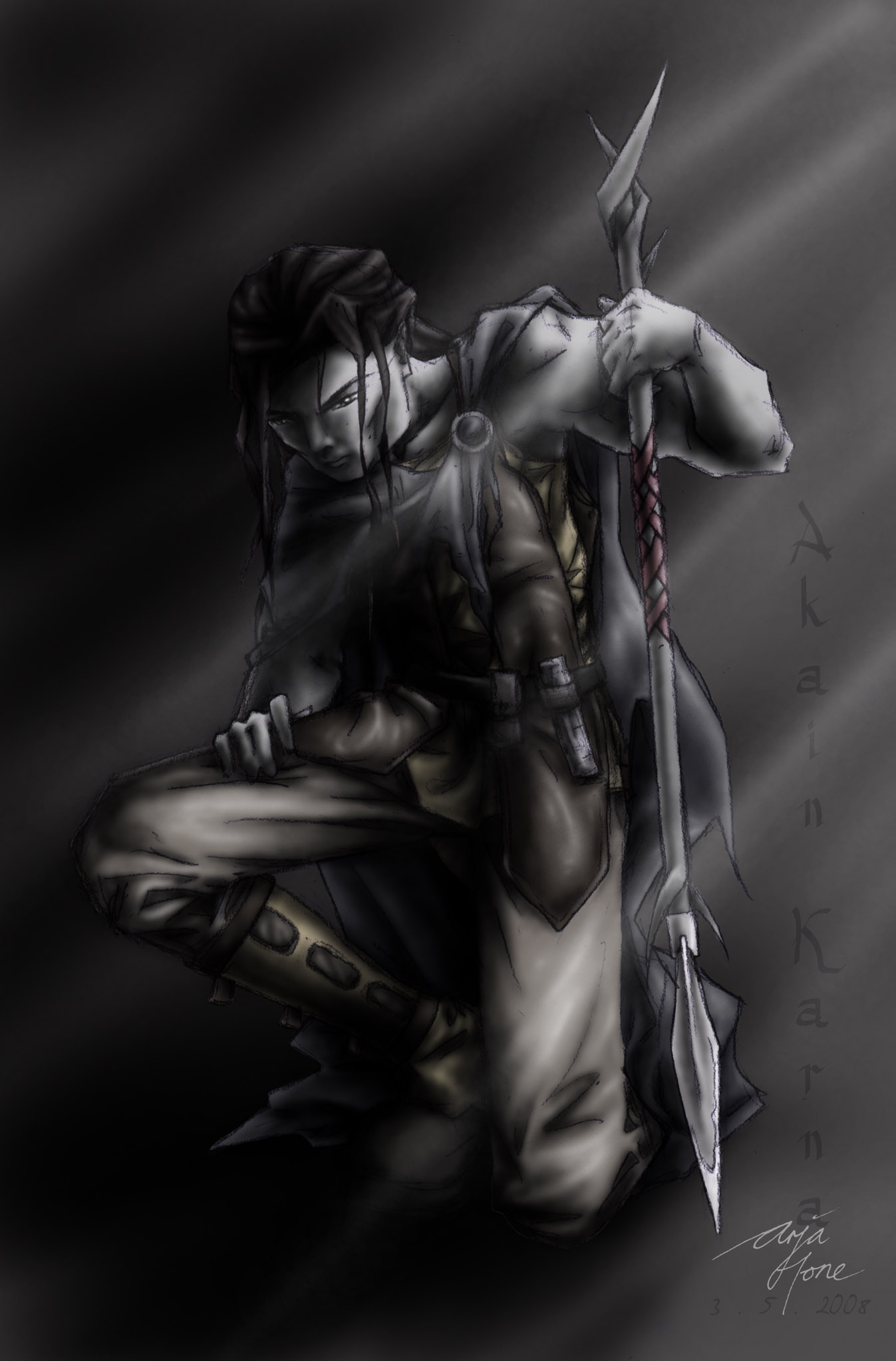 A request by Mirrodin;

"Akain is not very confident of himself or his abilities. He constantly doubts whether he'll ever become an actual Jedi Knight. While powerful, he's never had the benefit of full training, something that he blames himself for. His master and he were out in the galaxy when they were attacked by bounty hunters seeking his master for a kill. Akain's master was killed in the fight, something that Karna blames himself for. He believes that if he was a better Jedi, had more power and had been fully trained, that he would have been able to protect the older man. His death weighs heavily over Karna's head and he reminds himself of it everyday."

The Nagai have grey skin and black hair (see the Wookiepedia page under 'Nagai') and Mirrodin requested his hair to be reminiscent of Aragorn or Boromir.

I think, for once, I've actually managed to draw a guy that doesn't look like he has breasts! I think I'm getting the hang of this...

Looks great. His expression certainly protrays deep thought as to what path he should go down.