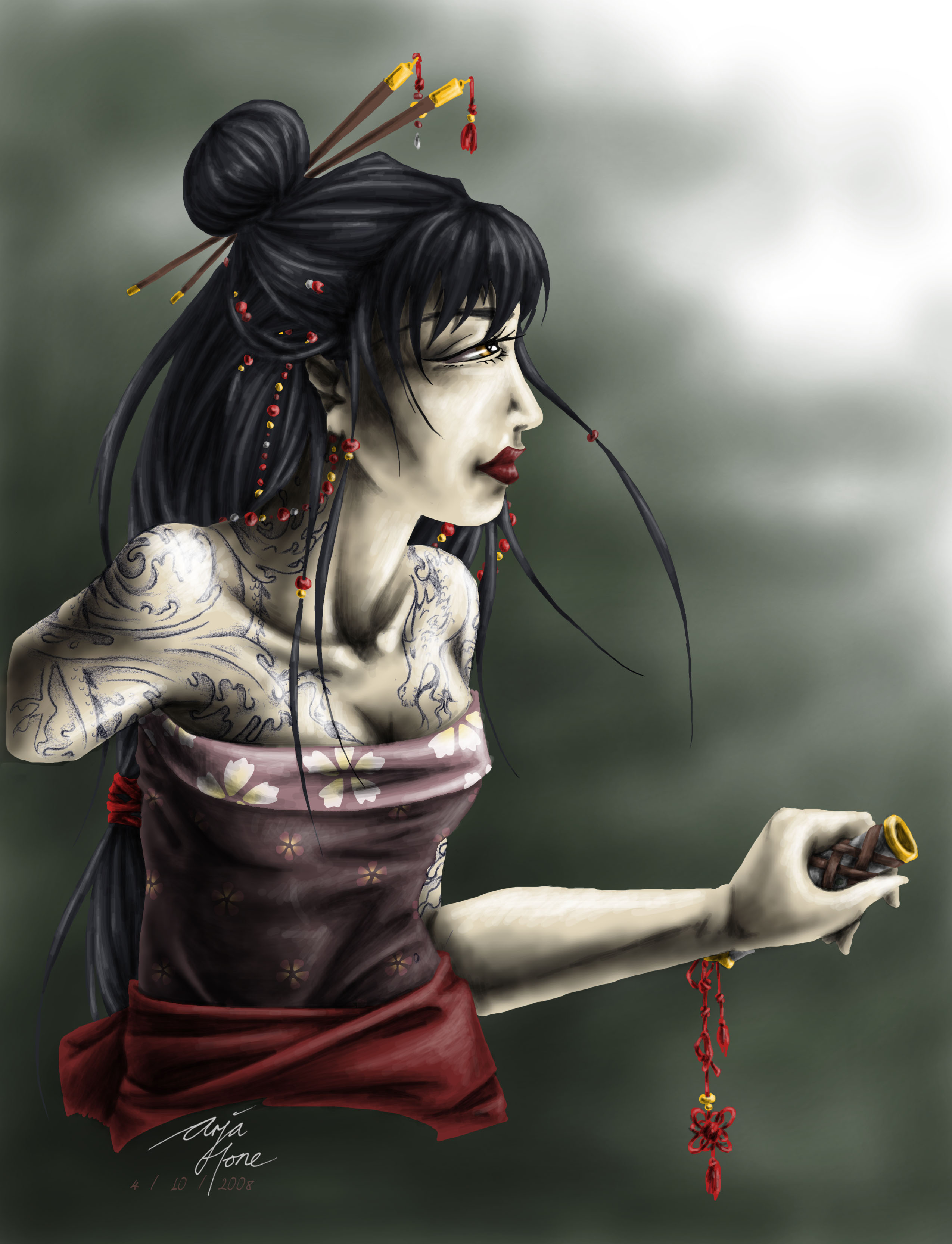 Personal Request from Cenedra_Nasio to compliment the other pictures I have done for the various people in the game she plays. Here's the description:

"Alusair Farstrider is a decendant of a Miraluka Jedi Master who had Farseeing. The Miraluka forsaw that she would have an ultimate grandaughter who would follow in her footsteps in the ways of a Jedi and help bring balance the Force someday. So going against the Jedi code, she had a child and then sent her to live with a foster family who raised the child and from there the bloodline started.

Alusair Farstrider is a human Jedi who is far enough decended from her Miralukan ancestor, that only the strong connection the Miralukans have to the force remains in her bloodline. Alusair has a very japanese look to her. She has very long black/blue hair that flows to her hips. In the front parts of her hair she wears colored beads. She has the japanese style almond shaped eyes, but instead of a brownish color they are more golden. She wears a sleeveless style short kimono for her jedi robes. Her kimono stops around her upper thighs and bares her shoulders. On both shoulders stretching down to her elbows she has tattoos in green designs (feel free to take an artistic license with these) Her belt is a wide japanese style belt called an obi. She has loose flowing pants that are tucked into calf-high leather boots. Alusair wields two lightsabers that are both light blue in color. She has a strong sense of duty and believes in being a shield to the weak, upholding justice. Even so, she is a fun loving character who tends to get into a little bit of mischief now and then. She is comfortable in almost any setting."

I love the clothes. The hair is spot on..the tattoo work is phenom...but I can't get past that she reminds me of Peggy Bundy from Married with Children.

Do love it though.

I second Casca1967 comment. The clothes and tattoo work is awesome.

I'm very pleased with how it turned out, thanks again!