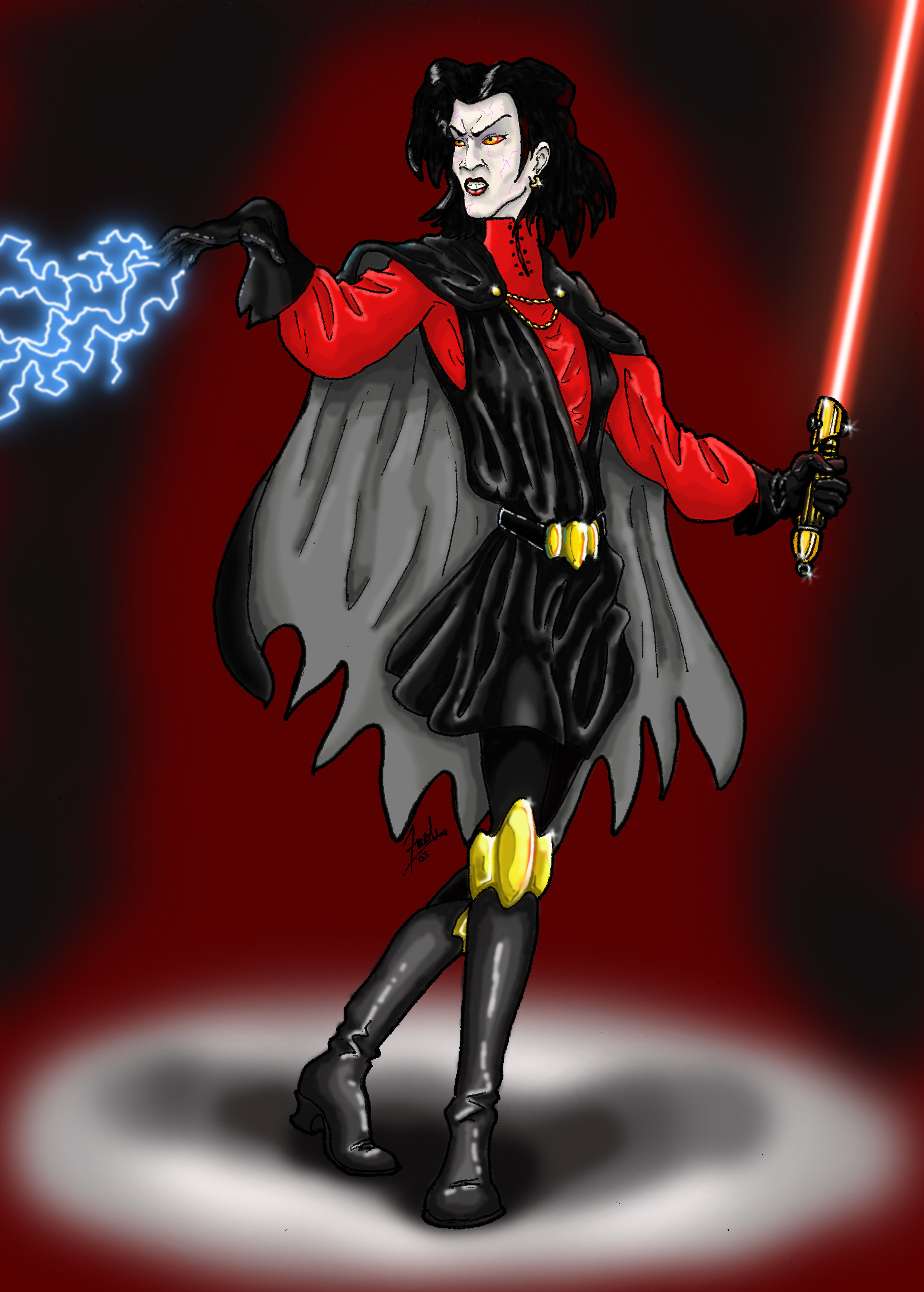 A once promising Jedi Padawan, Elani Wynflaire had suffered a broken heart and broken faith in the Jedi and the Force. Steered by contemp and revenge, she fell under the tutilage of Darth Omen, who honed her anger and jealousy into a weapon. As Darth Temptuous, she became a powerful Sith, but could not heed her master's warnings that is was not yet time for the Sith to reveal themselves. She took it upon herself to exterminate the Jedi, starting with her former partner Jordan Farseer. They met in a gigantic force battle where Temptuous ultimately collpased the Vouren hive cavern in which they were fighting, killing them both.

She looks really angry... I would not want her as an enemy!

I like how the darkside seems to have been taking its toll on her. the eyes, the veins... nice touch.

It looks great. Kinda of a Sith crossed with a Vampire

If she doesn't scare you, no evil thing will... :D