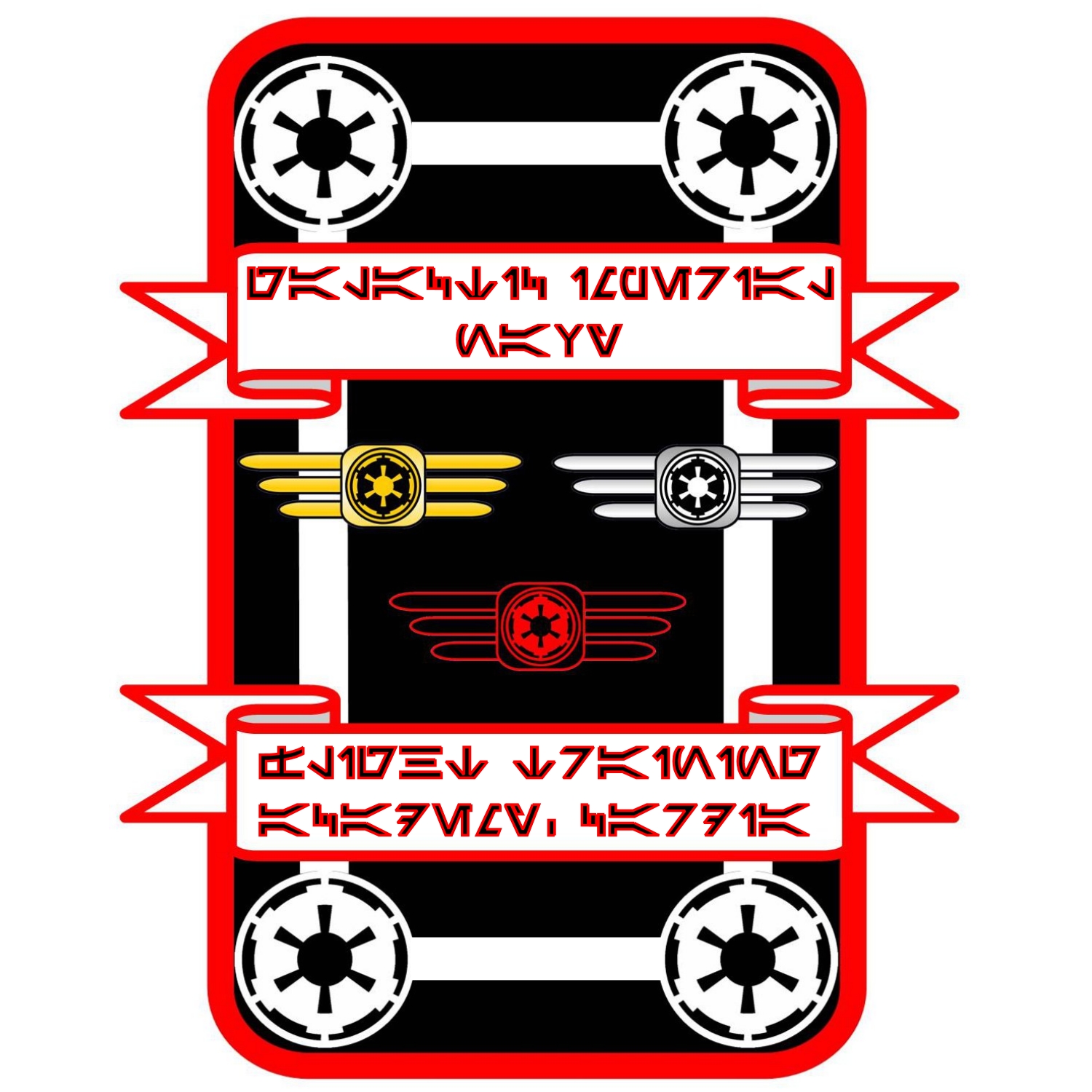 The insignia for the Galactic Imperial Navy Flight Training Academy located on the planet Cardia.

This is where the future pilots of the Empire learn to fly the TIE/LN Fighter, TIE/IN Interceptor, TIE/BN Bomber TIE/D Defender, TIE/AV Avenger and the Scimitar Assault Bomber. As well as support craft such as the Lambda Class Shuttle and the Sentinel Class Landing Craft.