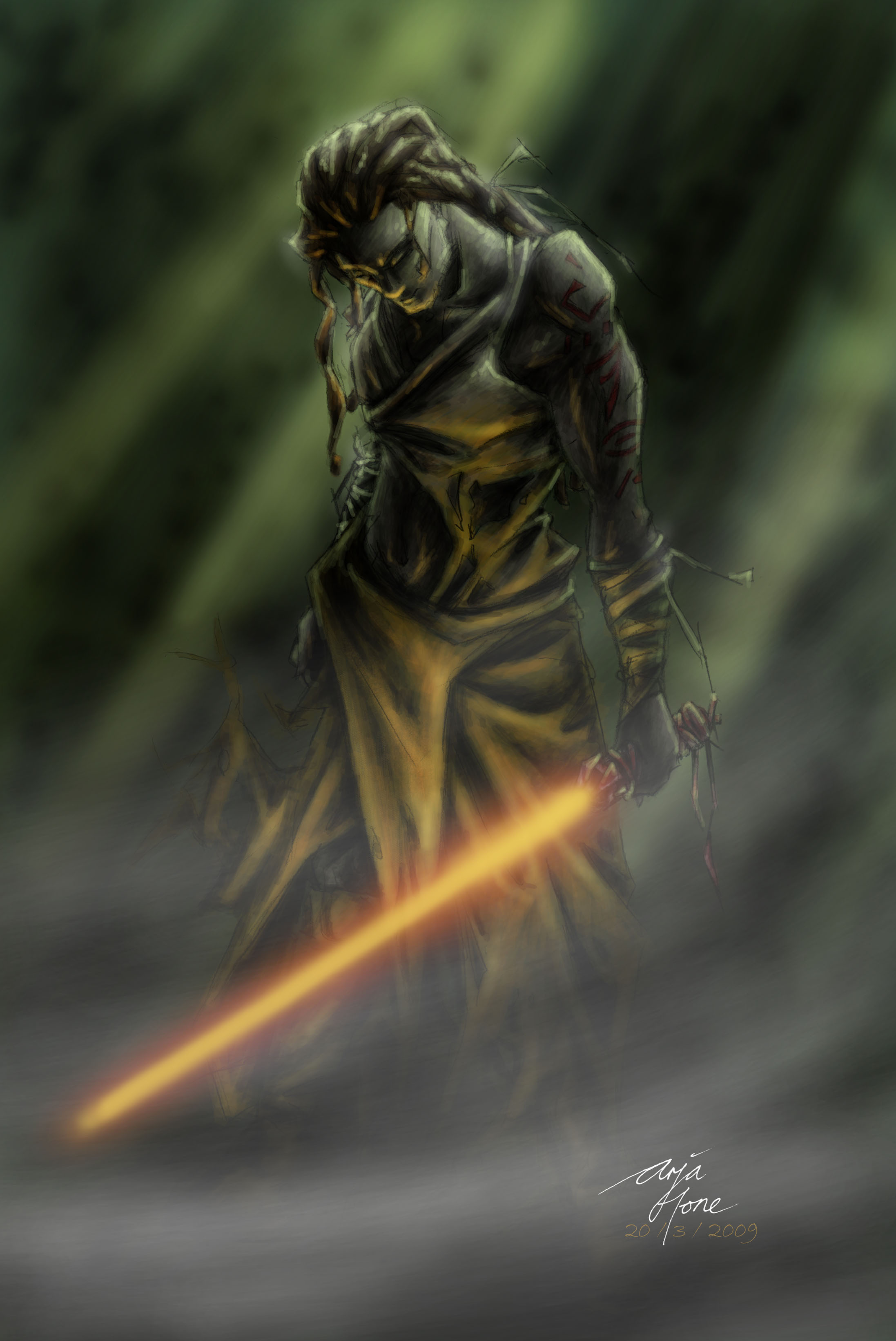 Okay, so I know I've got a bunch of work I said I would do, but this request just spoke to me!
xxwookiejedixx;

"This pic is of a near human Jedi knight. After order 66 Qwin Tall went into hiding the forest floor of Kashyyyk knowing that the jungle like forest of Kashyyyk where among the most savage and harsh to survive in.
Qwin is in his early 40s his light brown hair is long and matted pulled back by fibers he harvested from the siren plant. He stands about 6'1 and weights about 223 lbs. His skin is cool grayish color in a marble pattern. He has a scar across his right eye and and face to about the middle of his mouth. Scare should start at his temple or right above it (eyeball is not affected) from a fight with a random predator with sharp claws. As for his frame he is a little on the meaty side. He wheres his old Jedi robes with lots of repair work to them. His time on Kashyyyk has made him a little harder then most witch he displays in the way he carriers himself. He also has a couple of tattoos in Shyriiwook on his left forearm. Qwin s lightsaber hilt has under gone some work since being hear he has added some siren fiber patterns to it. The blade colors is flame orange. As for the cloak that up to u."

Blog HERE.
I haven't heard from the requester about this piece yet, so I'm hoping he likes it...

Cheers! I was pleasantly surprised with how this came out, too!

I love it graet work. The Force is truly with you.