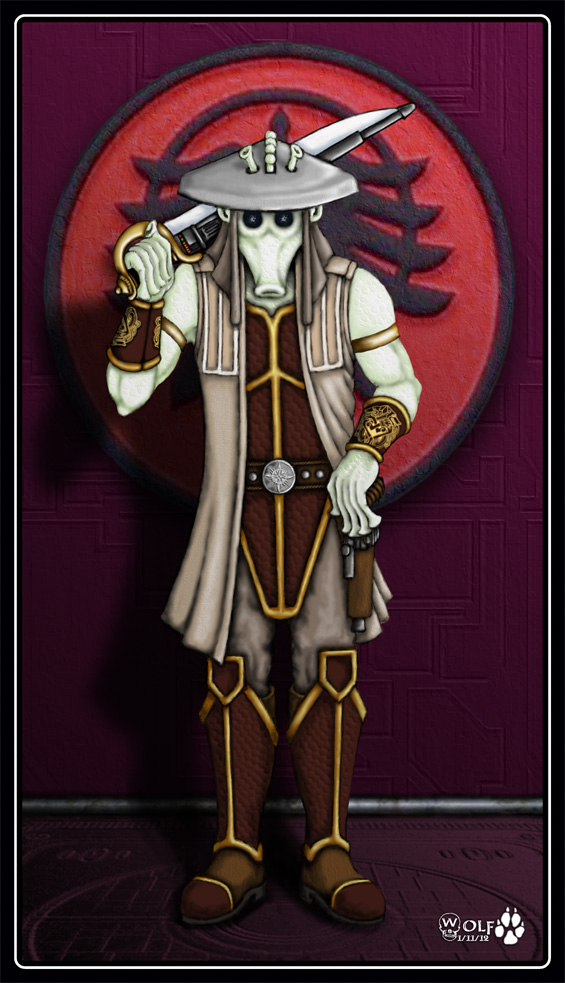 A pale-skinned Rodian from Rodia, Jannik, commonly known as Jannik the White, was the leader of the Reeven Clan around the time of the Separatist crisis, and fought in a Rodian honor war against the Cairn Clan in 26 BBY. Jannik enlisted the help of a Feeorin pirate named Nym for the wars, knowing his clan was greatly outnumbered by Evo the Blue's warriors. Nym helped them defeat Evo, and also stole treasures from the Rodian Grand Protector, the profits of which he split with Jannik. Knowing he would be wanted on his homeworld, Jannik went with Nym to track down a pirate named Sol Sixxa on Maramere, bringing along the majority of his clan.