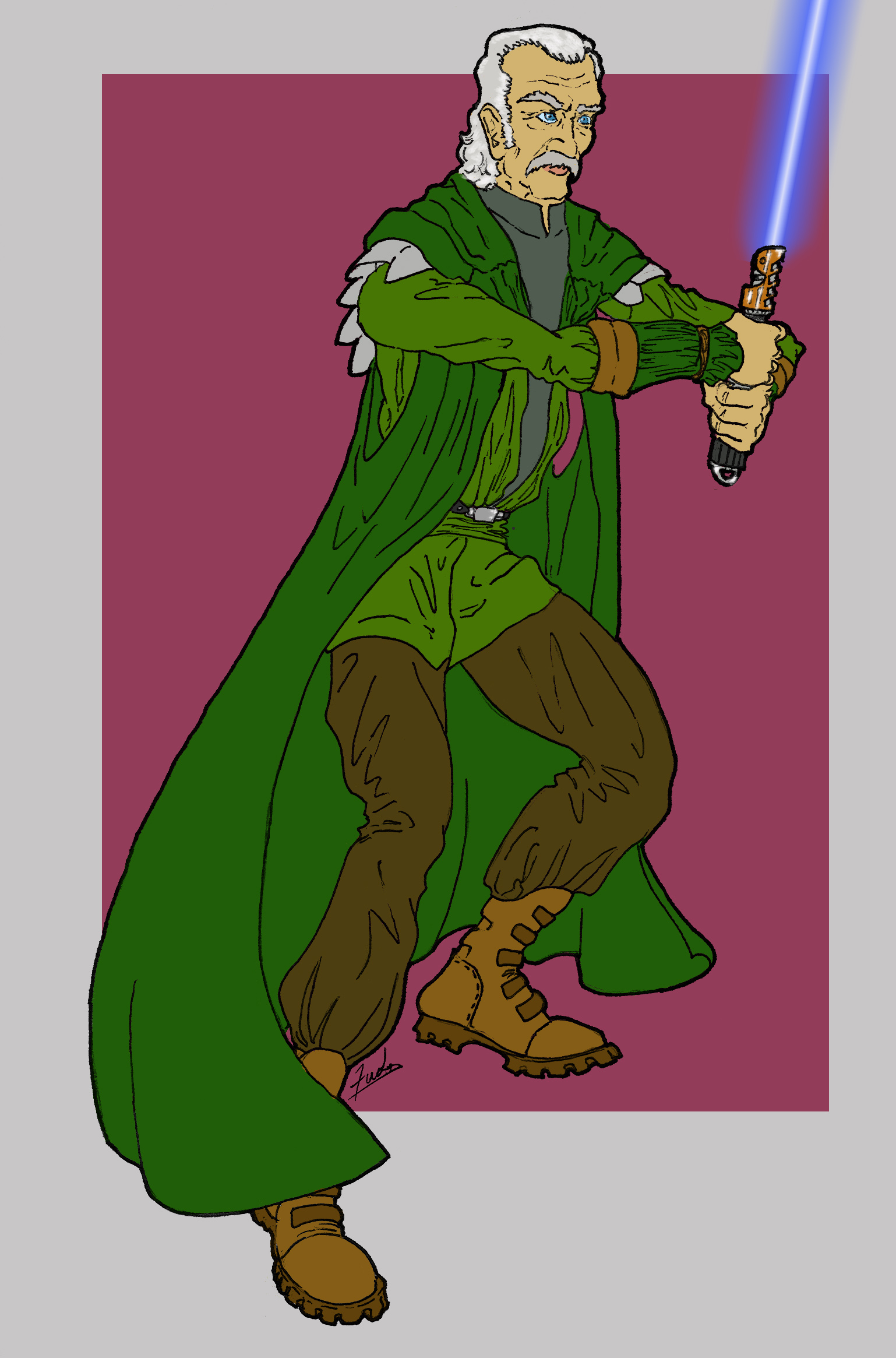 Some 300 years before the rise of the Galactic Empire, The Republic thrived. The Jedi Order was strong and maintained training temples on many worlds.

The Jedi Temple on Alderaan, a miniature of the five-spired icon on Coruscant, was occupied by twelve jedi Masters and their students. Jacoby Bardonna was one of those masters.

Jacoby was a kind, fatherly sort, who often befriended and aided the less fortunate citizens in the vicinity of the temple. On one occasion, on the transit authority station orbiting Alderaan, he rescued the Slathurian immigrants, Stavid and Terra Farseer, from a vicious mugging. He helped the Farseers, who had used the last of their savings to escape Slathury, to find a home and employment in Aldera.

Bardonna grew close to the Farseers and was present for the birth of their first son, Jordan. As Bardonna held the newborn child, he claimed to see and actual Force aura about the boy. Terra, however, would not allow him to be tested. A few months had passed when some civil unrest led to a tragic fire that destroyed several city blocks of low income housing, including the Farseer's building. Many died in the fire, including, presumably, the Farseer family. Jacoby Bardonna, stricken by grief yet led by the Force, ventured to the ruins of the Farseer apartment, looking for some momento of his friends. He was shocked and amazed to find the infant Jordan alive in the rubble. He was orphaned, dirty and hungry, but otherwise unharmed.

Bardonna vowed to see to the child's needs and had his Force sensitivity tested. Jordan proved to have a strong connection to the Force indeed, and was brought to the temple on Coruscant for his youngling years. When he was old enough to become a Padawan learner, Jordan was assigned to Jacoby Bardonna.

Farseer spent his early teen years with Bardonna studying all aspects of the Force. In these days, it was still a common practice for a Jedi Master to instruct several Padawans. When Jordan was 15, Bardonna accepted 13-year-old Elani Wynflaire as his second student.

For the next five years the Padawans' training went very well. The trio developed a formidable reputation in both combat and at the bargaining table. However, while Jordan and Elani proved to be a very effective team, the fissures began to appear.

Elani had become very taken with Jordan. Jordan, whose powerful Force visions revealed a different life path for him, did not return the affections. Bardonna was powerless to redirect the power of young love. Over the next few years he watched as the stress of increasingly difficult missions coupled with Elani's frustration and sorrow pushed to the point that she finally quit the Jedi Order on the very eve of her elevation to Knighthood.

Jacoby tracked her progress for a while, afraid of where her mental state might take her, but eventually lost her completely. It was not until 14 years later, when he received his final communication from Farseer, that Elani's fate was uncovered. Jordan dislosed to Bardonna that he had discovered and was tracking his old partner in the Unknown Regions, but he suspected she had fallen to the Dark Side. Farseer's follow-up message to Bardonna never came.

It was with a heavy heart that Jacoby Bardonna made his report to the Jedi Council. He shared his belief that Farseer was lost, and that Wynflaire had turned to the Dark Side. He shared his opinion on the root cause of her departure from the Jedi and subsequent fall. He personally shared, with Master Yoda, his belief that in the future, Masters should only be allowed one Padawan at a time.