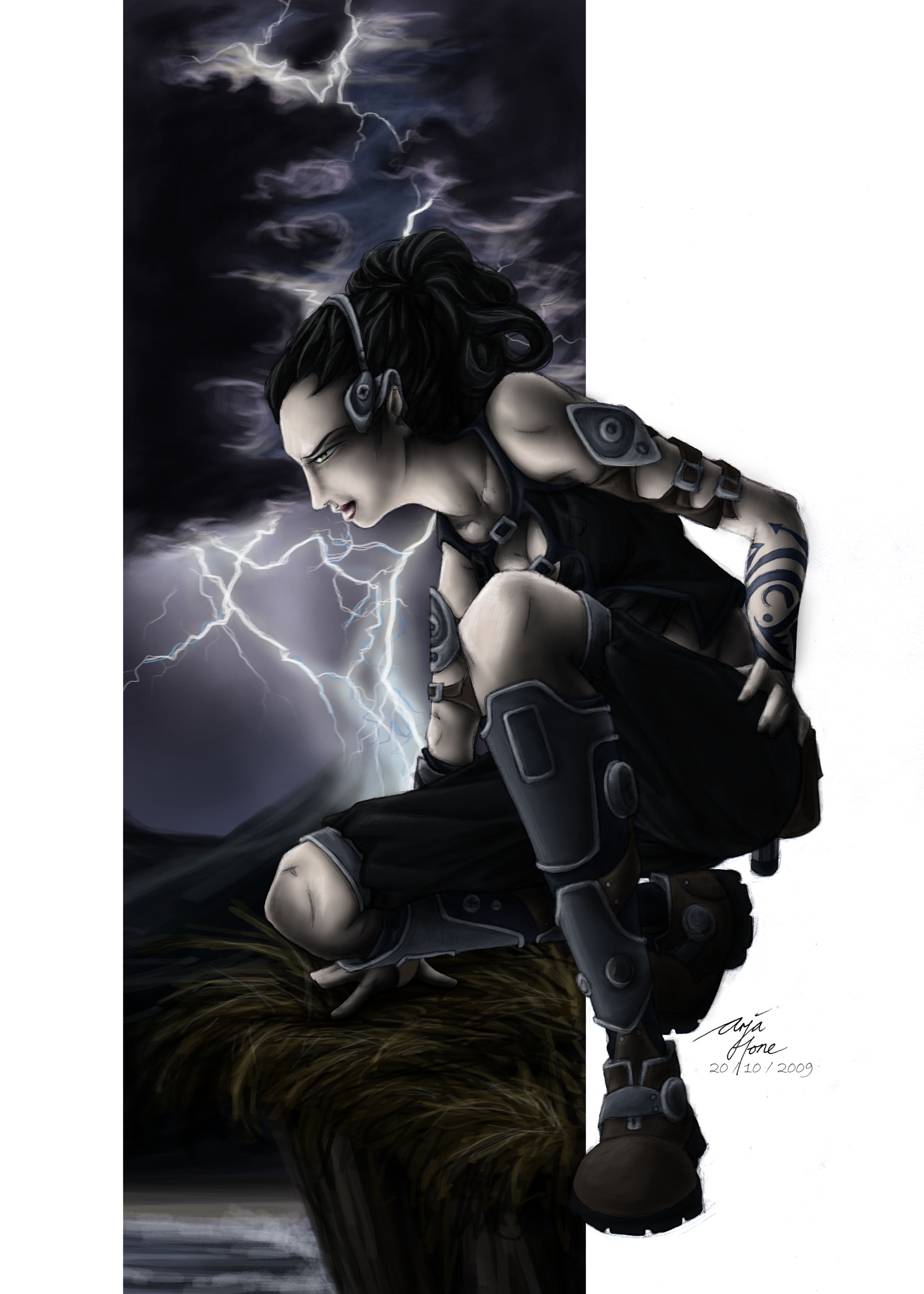 My character is a Rogue Jedi, she was born on a planet called Adega that is constantly in disarray from electrical storms and such. She was taken by mercs that had killed her family at age 7, but a Jedi found her on Nar Shaddaa and took her to coruscant for training. She adored him after that. Everything was stolen from her, but he gave her something to live for. After 12 years of aspiring to be like him, he left the order. More so, he was accused of falling to the dark side. When Kalessa learned this, she left as well. She took her few belongings, left a note, and headed out of the system to find out the truth.

Kalessa has Jet Black hair that reaches just past her shoulders, which is wavy but relatively straight. (It's really up to you how you portray her, I just want my character to have life given to her. :) ) Her eyes are an emerald green, very vibrant. Kalessa's attire is entirely black (Optional, you can do what you like here too). Her tunic is sleeveless and black with two thin armbands across her biceps. Pants/leggings can be the baggy Jedi/Sith like pants with black boots. She also wears a glove and slicing wrist brace on her left hand that extends to just below the elbow, where her right hand is also gloved. Her right forearm has a tribal tattoo from the Native Ysanna of her home world( Kind of like Canaan's Tattoo from the anime). She carries 2 Light Sabers: One with a black hilt/Orange Blade and one with a silver hilt/Viridian Blade.

Kalessa often appears very sad or deep in thought, but when she is spoken to she is always kind. If she realizes there are those around her watching her or she feels they are concerned, she makes a conscious effort to appear happy and content. She often takes the role of Martyr, taking it upon herself to make everyone else happy since she seems to hold everyone in higher regard than herself. Her temper often gets her in trouble, another reason why being a Jedi seems an odd fit. Often she found herself questioning the Jedi Code, saying things like: "If I have the ability to save someone, shouldn't I do all I can?". Her master did not disagree.

Woah, Mercy! You just get better and betterrr.....

"Great Googly Moogly!" this is an awesome piece.