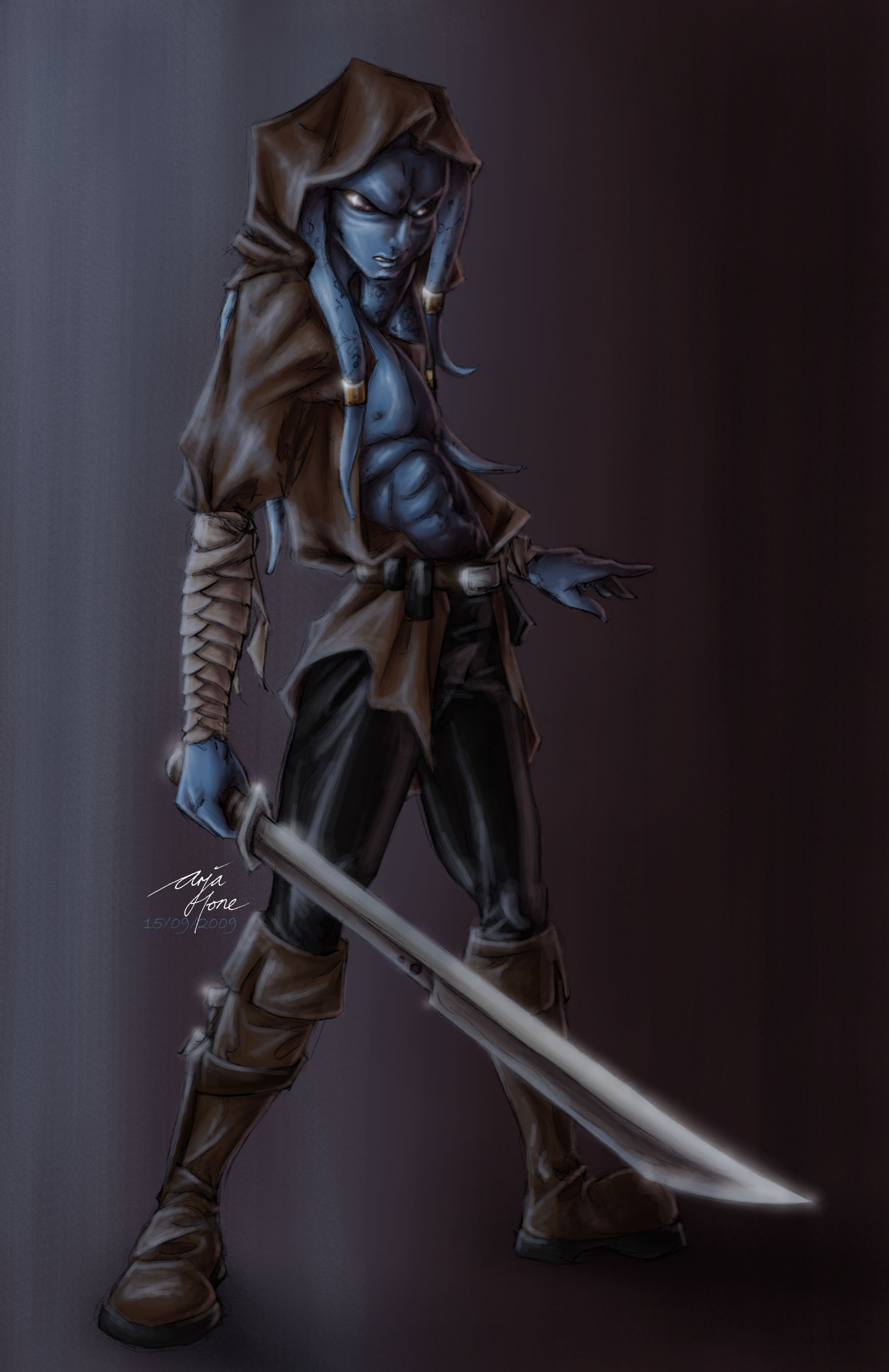 "[This character] was born on Tellus under an very restricting group called Tresario Star Kingdom (TSK). As he grew up, helping his Father in the kelp fields, the general mind set of the older Nautolans grew on him, that being TSK as a surpressive group to the Nautolans and they needed to be taken out of power. The main factor that inspired many of the Nautolan warriors to fight the unwanted government was that the government itself did not care for the Nautolans like other Nautolans did... like brothers. When he was old enough he started gambling, starting out he lost most of his savings. Yet after a while, of trial and error he learned the ins and outs of the card games the Nautolan gamblers played, and started winning. [He] saved up all his winnings and once he had enough money to buy a star ship, he took up the chance. His first ship was a Z95-Headhunter in-which he named Hammerhead, after his little brothers middle name. He grew tired of the ruling government and took off into the stars in search of a new job, and to one day take back his homeland of Tellus.

He didn't get far before he realized the universe was big, and he did not want to stray far from his home. Staying in the Dolomar sector, He found that all the other planets in his home system were led, and ruled by the Corporate Alliance (CA), a trading faction which also owns Hoersch-Kessel Drive, Inc.. Hailing a nearby ship owned by CA. Soon enough he got a job working close to the owner, Siejo Kutol. He has been working with Siejo eversince... Doing odd jobs, and enjoying life in space.

Siejo banded all the Nautolans up together into a Brotherhood, called the Nautolan Society. In this society there are two groups (Information below) Clan Nautola, and Clan Rak'Qua. He became apart of Rak'Qua with his goal of one day setting free his homeworld of Tellus."

PS 2/12/09
Sorry if this bumps the picture - request updated to remove references to Character's name.

Excellent pic and well done on the features. Love the bracer design and I think I have "seen" it before.

Amazing picture Mercy. I love to see a tougher looking character like this one. He's so dark and has a fierceness to him that's really interesting. His blade's probably my favorite part if only because I love it when someone can actually pull off a plausible shape and form for such a thing. The shading and glow-esque effect give it some dimension. Good work.

Thank you! Much appreciated.

Haven't seen you round much before - you newish in?
If so, Welcome!!!

Great, i like the concept him being skinny but muscular, i concur with lc love the bracer,

he gives me that sort of child character to me some how,,, though i may be wrong