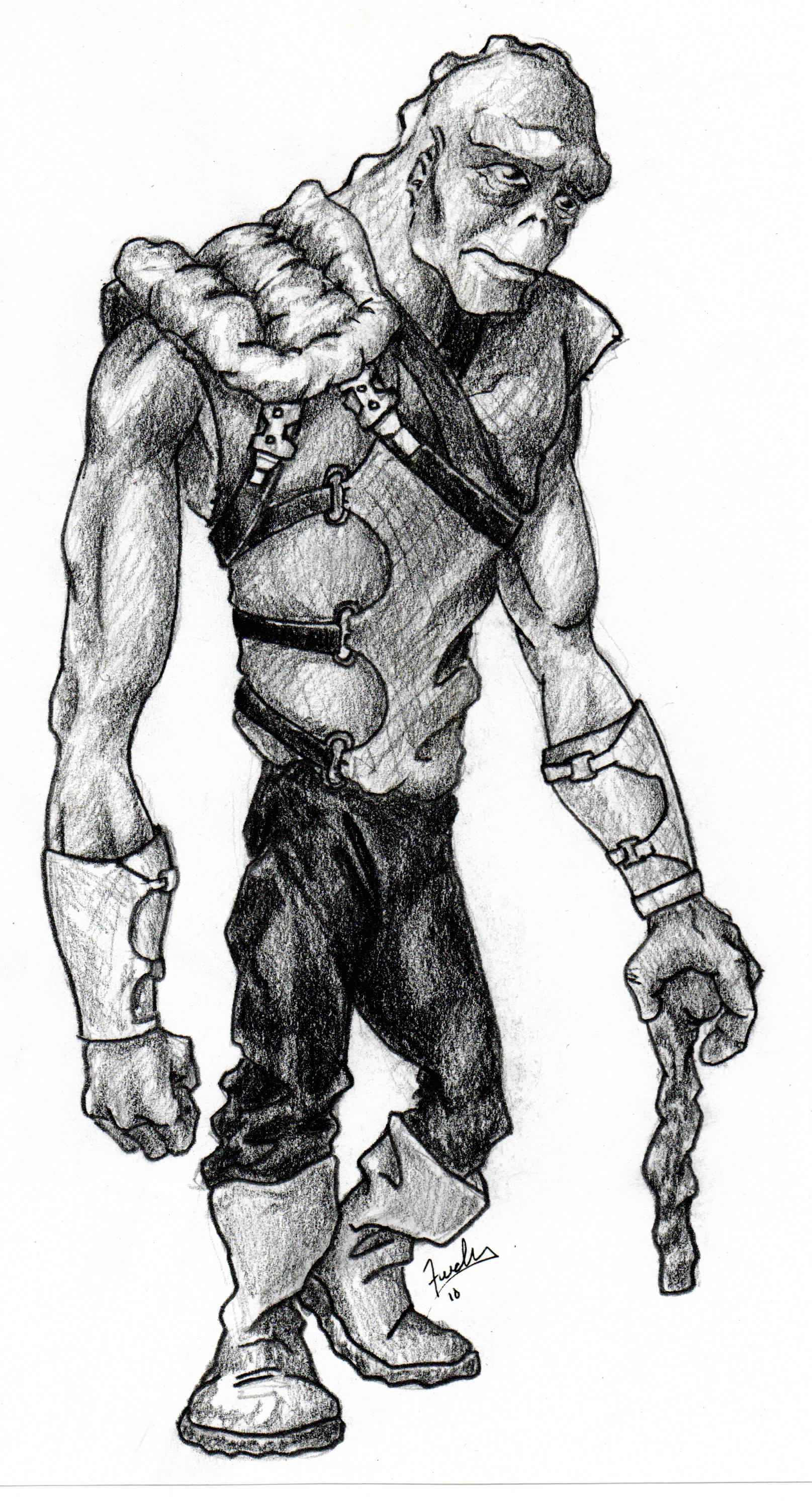 The Nazren are an Alien Species from the Star Wars Campaign Dawn of Defiance: Episode V - First to Strike. They are described as tall humanoids, approximately the same height as Wookiees, but broader at the shoulders and narrower at the hip, with longer arms and torsos, but shorter legs. They are hairless with thick skin that has a heavy hide or leather look. They are brown to light yellow in color, a natural camouflage for their dust-bowl world. A Nazren's head has no nose and is flatter than a human's. A prominant brow ridge protects their eyes, and a series of small knobs start at the back of the head and run down to a visible spine. Nazren wear sleeveless tunics tucked into black hide pants and heavy boots. Their clothes are normally fastened with hooks or clamps in the end of short lengths of cord or attached belts. Pads on shoulders (to cusion heavy cargo loads) and bracers are common, also attached with the hook system.

I was going to ask,'Has that guy got a pillow on his shoulder?' then I read the description. :)

I want to sit up on that shoulder pad. It looks so comfy.

Thanks folks! It's been a while since I worked in pencil only. It was refreshing to get back to it.