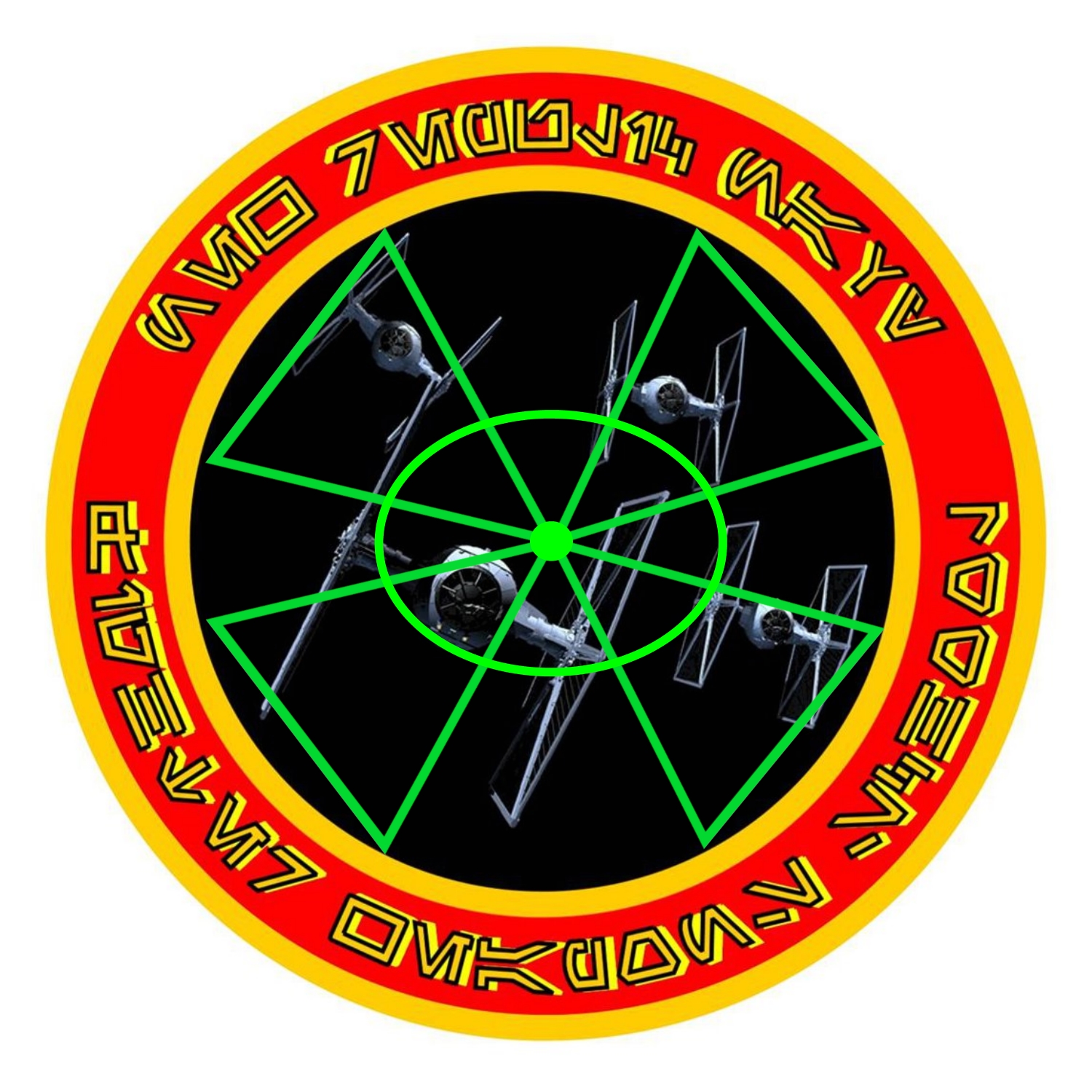 This is the insignia for the New Republic Navy Fighter Weapons School. This is where New Republic Navy fighter pilots go for advanced training in the art of "dogfighting". The students fly their assigned A-Wing, B-Wing, E-Wing, X-Wing and Y-Wing starfighters going up against expert Aggressor pilots specially trained and masters of Imperial aerospace combat tactics. The Aggressor pilots fly the TIE/LN Fighter, TIE/IN Interceptor, TIE/D Defender and the TIE/BM Bomber.

Just wanted to point out that it says.. "New Repulic Navy" along the top... you forgot the B.. But once again, nice work man.