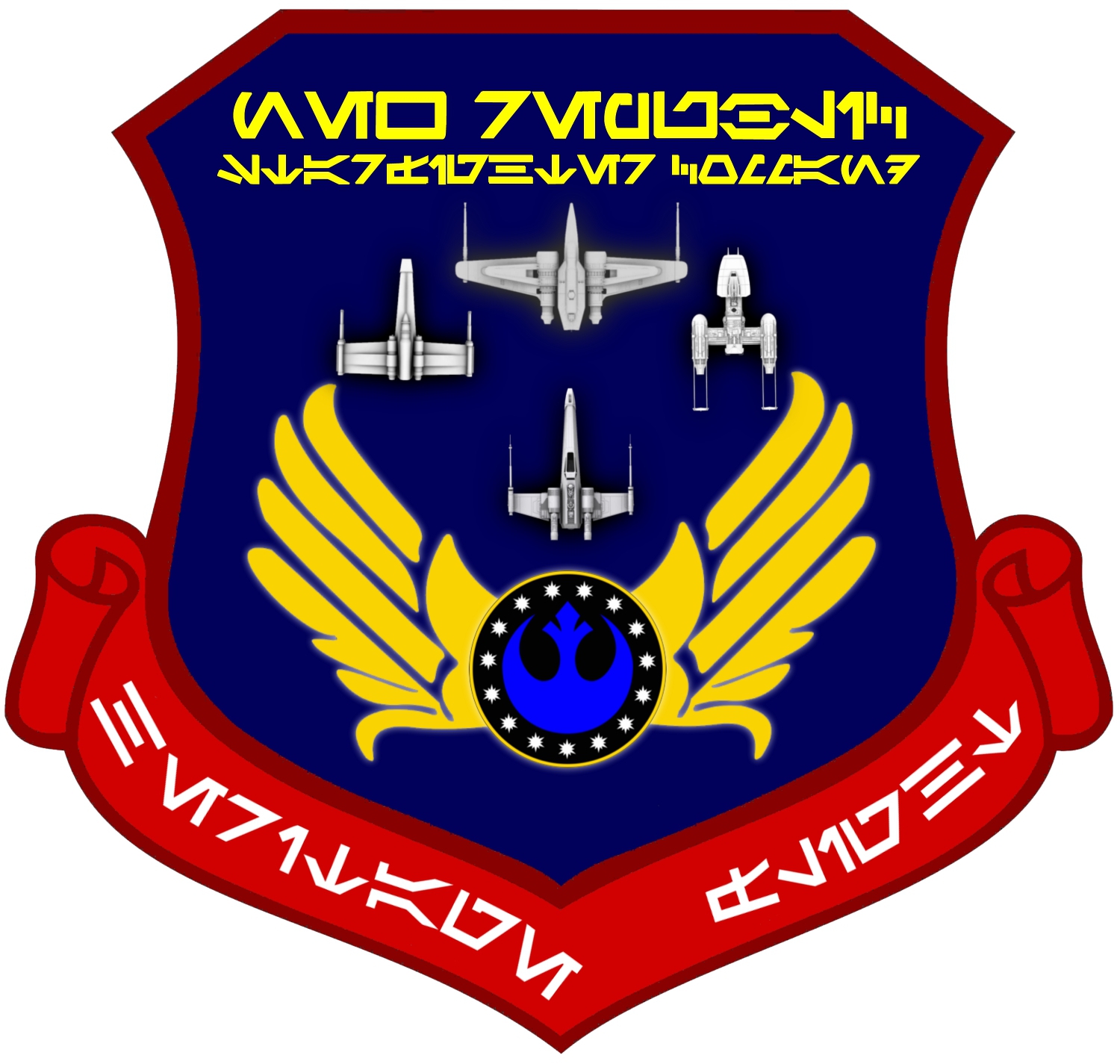 This is the insignia for the New Republic Starfighter Command Heritage Flight. Heritage Flight was formed three years after the Battle of Endor in response to the general public wanting to know more about the fighters, fighter squadrons and the brave beings who fought and were often victorious against an overwhelmingly superior enemy. Heritage Flight was a P.R. and recruitment success for the New Republic in a way that no one could have predicted. Heritage Flight can be seen at numerous aerospace shows throughout the Galaxy, performing the maneuvers that the Rebels flew against the fighter forces of the former First Galactic Empire, as well as give detailed tours of the fighters that they operate with detailed histories and provide question and answer sessions.

The design of this insignia was based on the actual United States Air Force Heritage Flight insignia.