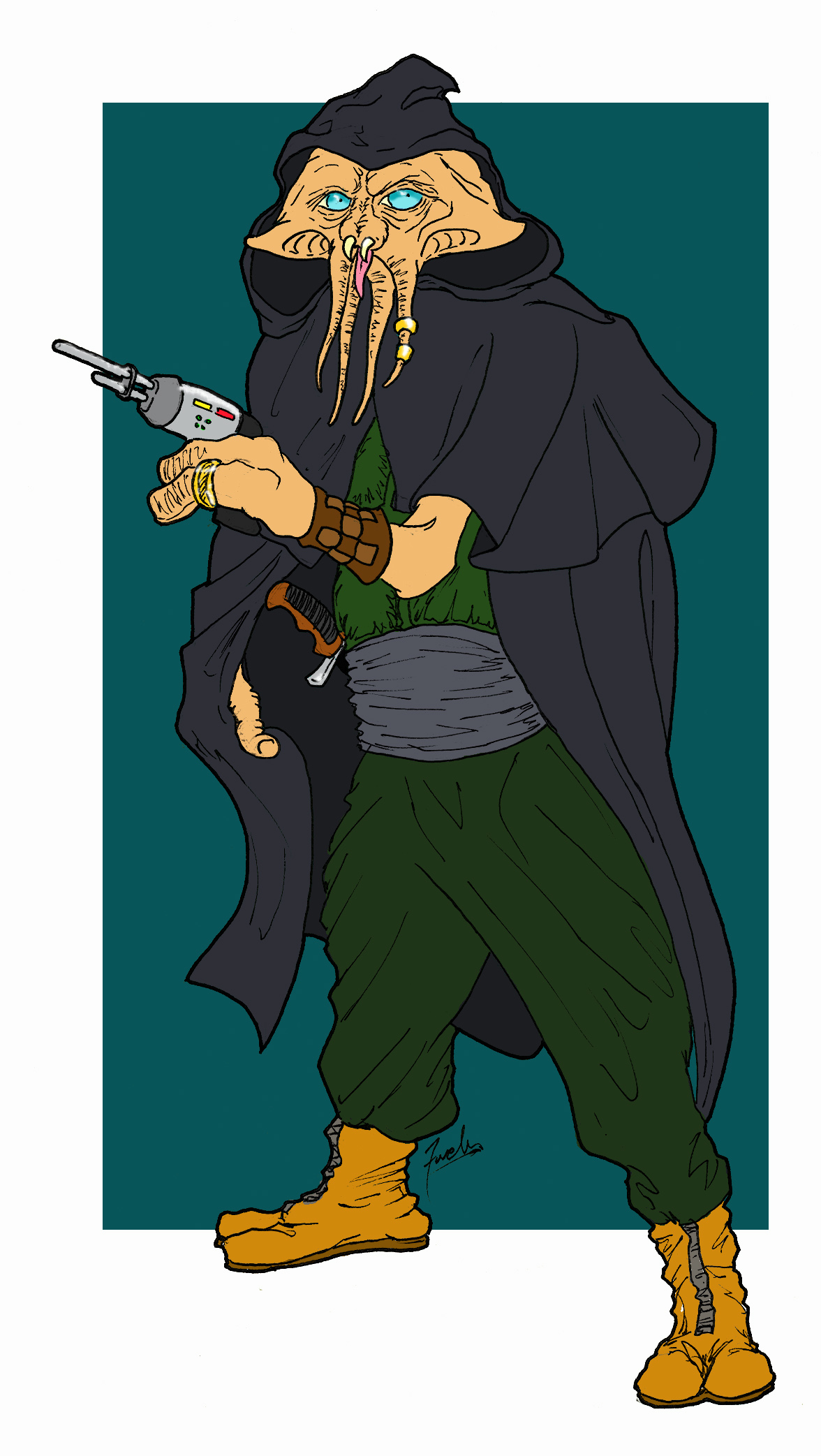 Fifteen years before the Clone Wars, there may have been no better thief in the Core Worlds than Nostek. He was clever, stealthy, and technically saavy. He was wiley enough not only to never have been caught, but also to have only taken the most lucrative of jobs. Over the course of his career, he had amassed enough wealth to live comfortably and attempt retirement. When he was approached by a representative, of a certain Senator from Naboo, to come out of retirement and take one last job, he scoffed at the idea. However, as the details were laid out, he learned the target was an ancient recording device used by archeaic religions such as the Jedi and the Sith. Nostek had never put much stock in the Force or its followers, but he knew the value of their artifacts was immeasurable. Furthermore, when Nostek found out the piece was part of one of the most secure and fabled collections in the Corporate Sector, that of an up-and-coming industrialist named Sloane, he knew that this job would be his career's crowning achievment. Nostek completed the job without a hitch, and delivered the object to the Senator's agent. He was assured of the transfer of his electronic payment, nicely laundered through a Trade Federation account, and considered the matter complete. He was stunned when, a fortnight later, the Republic Revenue Bureau siezed his accounts leaving him nearly destitute. Furthermore, when he began to seek jobs again among his oldest and most trusted contacts (if there is a thing in the life of a thief) he found his reputation inexplicably destroyed. Nostek found himself on Coruscant's underlevels, committing the most petty of burgleries, and fencing items, just to survive. In the ultimate irony, Nostek, late one night, became the victim of a burglery. He caught a six-year-old alien boy in the act of clearing his apartment of valuables (into a single shoulder bag). Nostek, who learned that the boy lived primarly on the street and could not count on his single mother for sustainance, took him in, at lease as far as feeding him and offering a place to stay. The boy, named Caleb Stillette, hesitantly, and only occasionally, accepted for the first few months. Over time, however, he became a fixture in Nostek's life. The Quarren saw in the boy some incredible natural skills and decided to train him. Though Nostek was personally washed up, he trained Caleb Stillette to be one of the best thiefs the galaxy had ever known.

Dude, I am loving these characters. Keep 'em coming!