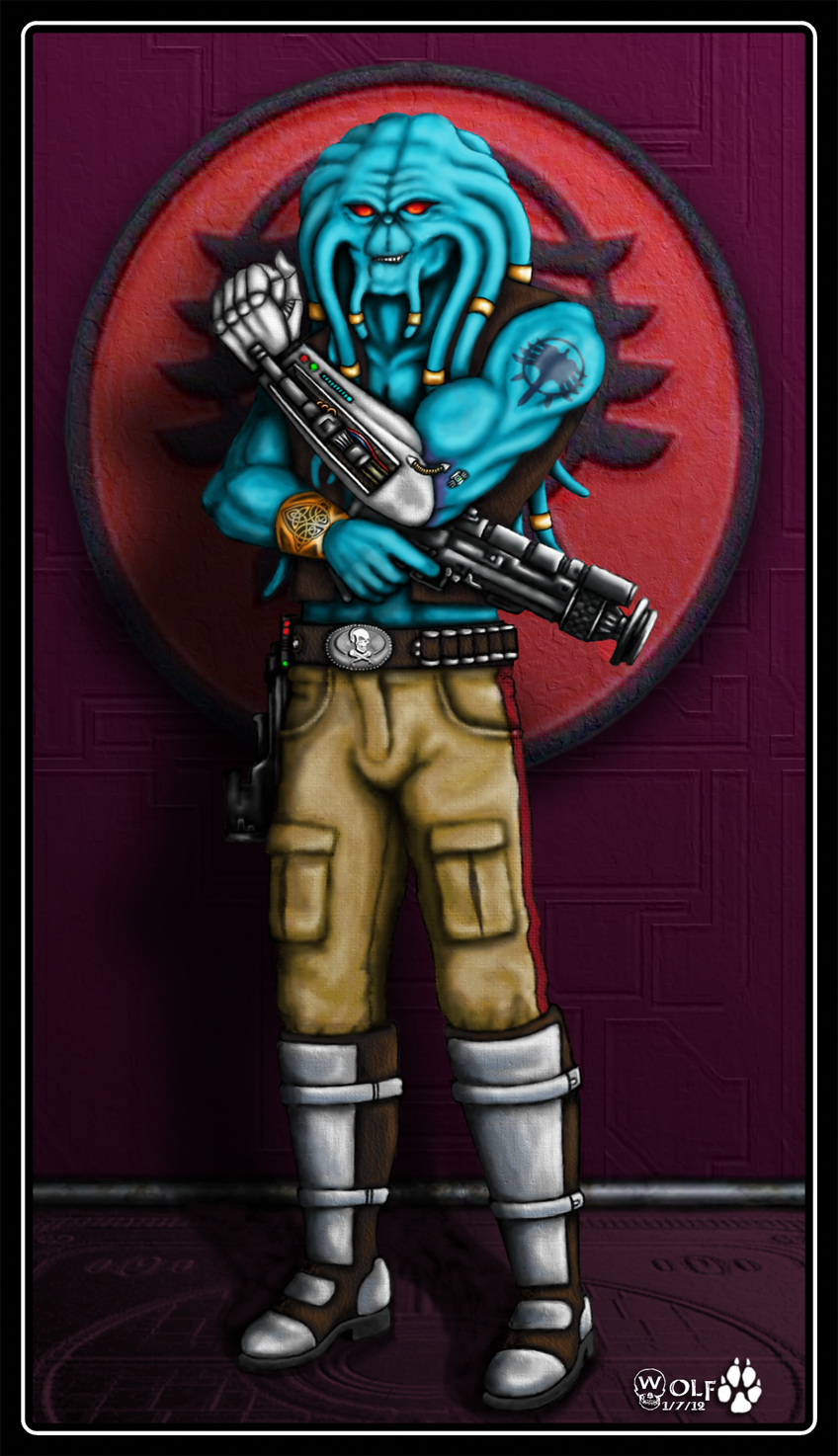 Nym the Pirate.
Nym was a Feeorin pirate who led the Lok Revenants. Known for his theft and subsequent use of a prototype Scurrg H-6 bomber, the Havoc, Nym's depredations eventually earned him the ire of the Trade Federation, who hired mercenary Vana Sage to capture and imprison him. However, Nym escaped from her imprisonment, only to find that Sage, who had been double-crossed by the Trade Federation herself, wished to ally with him to inflict further damage on the Trade Federation.