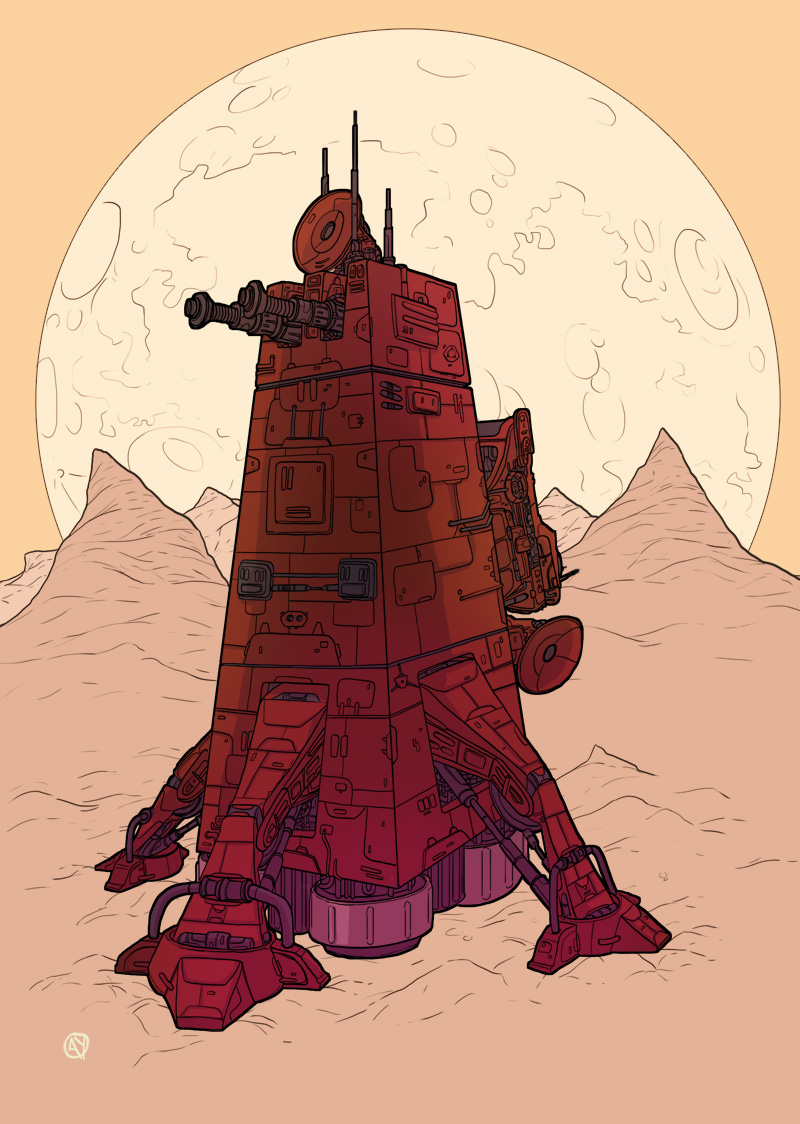 An original starship design, requested by UnnaturalGas. Designed by the Gran as an aggressive colonizing scoutship, it can also function as a functional turret tower on the ground.

This is so amazingly cool and scary, I peed a little.

That is crazy cool and I'm making SURE our GM knows about it. I love both the original concept, and this depiction!

Very impressive. It looks far more powerful than I had imagined lol

"Let's see here, what can we make if you mix a large turret and a Sandcrawler."

Xan, that is EXACTLY what it is. heheh

With the graphics card on my work computer it looked like I was watching Dr. who until I enlarged it....exterminate!!

For what it's worth, I got the idea when one of my players Couldn't think of a good backstory for his Gran, and left it to me. It was one of those 'I woke up with no memory' clichés, so I made it interesting. Even he didn't want to know his character's backstory.

Long story short, I decided his character was a veteran of the pacification of the Dug during initial colonization of Malastare. He owned this ship as a fairly bloodthirsty Gran officer who eventually found himself frozen in carbonite. Fate and vague memories led him to where his ship (pictured above thanks to SWAG) had been secreted away, and the story took off as he and his allies chased clues to his past life across the galaxy during the Dark Times.

His player abhors violence; I felt it fitting that he eventually learn that he was a monster in his forgotten life. I enjoyed it immensely.

Feel free to borrow; it's a rich concept. Irony drives most of my games. :D

Incidentally, I dug (no pun intended) up the name of the ship. The Redshot.

Gas, that's awesome! I pulled the same trick when one of my friends didn't feel like creating a backstory or even NAMING his character. So he went through the campaign with no memory, and would roll intelligence checks to have flashbacks that slowly revealed the plot. The whole thing worked out way better than I expected!

Also, I meant to mention that I love what you did with the moon. It's hard to get that right amount of negative space in a piece, but you nailed it.