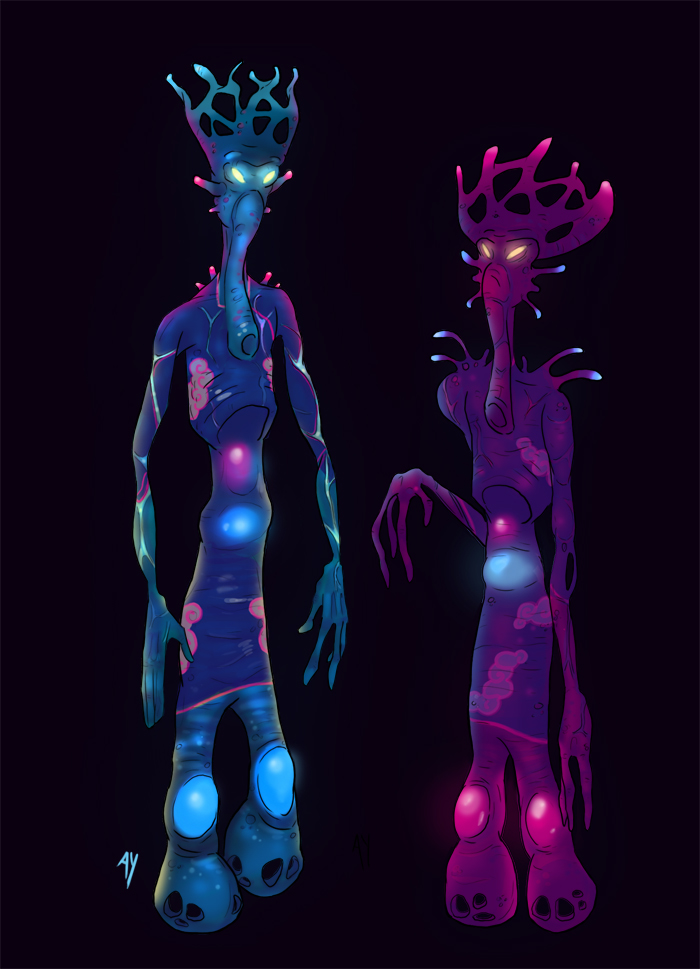 Ququor, a brand-spanking new alien species requested by I.J. Thompson. In his words:

"The beings called the Ququor (or The Others, as they refer to themselves), are an extremely isolationist alien species who make their home outside of the Galaxy itself. The one world they are known to inhabit orbits a black hole that is itself located within a nebula found in the the halo region of the galaxy, 'below' the spiral arms.

The Others are two-and-a-half meter tall willowy beings, whose flesh glows and pulses with an eerie bioluminescence. Their language is based on extremely complex melodies and harmonies, though they are able to understand Basic, and can make their thoughts known in this language telepathically. They travel in what could potentially be a huge armada of starships, which share the same bioluminescent qualities of their pilots."

Okay. That's sweet. I can't believe I'm gonna say this, but I shall go so far as "gnarly".
They almost look like they're made of some kind of gellatin.
SoooOOOoo CooOOoool!

Once again, brilliant work, Asok! Thank you so much! :D

I love their colors!