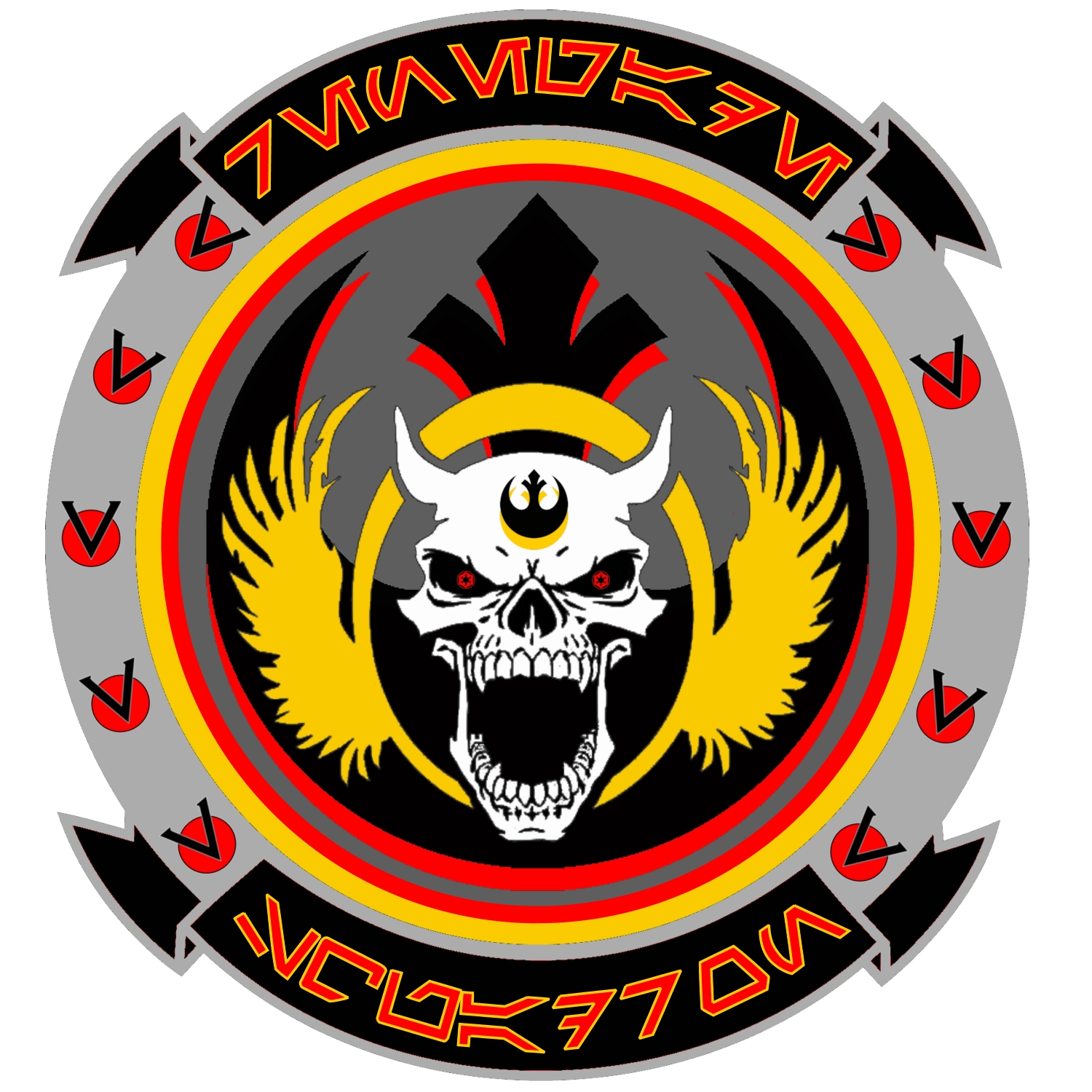 Here is the insignia for Renegade Squadron. The squadron was originally designated as Renegade Flight under the command of Arhul Narra. Pilots who served under him often called him "The Boss" or shortened his name to "Narr". 2 ABY, Renegade Flight was destroyed and Narra was killed while escorting a convoy carrying supplies for Echo Base. The convoy was near Derra IV when it was ambushed by an Imperial Star Destroyer and several squadrons of TIE fighters led by Soontir Fel. Every Alliance vessel present at the battle was destroyed. After Narra's death, General Rieekan promoted Luke Skywalker to the rank of Commander.

1 year before the Battle of Endor, Renegade Flight was re-designated as Renegade Squadron in honor of the sacrifice made by Commander Narra and the Aviators that willingly gave their lives to aid the Rebel Alliance. The squadron was originally assigned the T-65C X-Wing, which they flew at the Battle of Endor with a battle record of 78 kills with no losses.

2 years after the Battle of Endor, the N.R.N. Fighter Command decided to replace the aging T-65C X-Wings with new and modern fighters. Renegade Squadron was slated to transition to the new Feri-Tek T-72A E-Wing. During the transition period, Renegade Squadron was operating a combination of E-Wings and X-Wings during the time of the numerous battles against the Imperial Remnant Forces. The Aviators of Renegade Squadron proved to the N.R.N. Fighter Command that a single squadron with a 2 different types of fighters was more effective in combat by each of the types of fighters compensating for the weaknesses of one an other, therefor achieving victory against enemy forces with over half the number of losses and in over half the time.

Renegade Squadron was the pioneer of the tactics employed during real combat of what the N.R.N. Fighter Command has come to know as "Joint Class Fighter Combat".

The insignia is designed to be an homage to the original Renegade Flight, with the halo and the wings displayed to remember the sacrifices and heroism made by Commander Narra and his Aviators, while the "demon skull" symbolizes the need to confront the enemies of freedom and peace with aggressive determination and commitment.