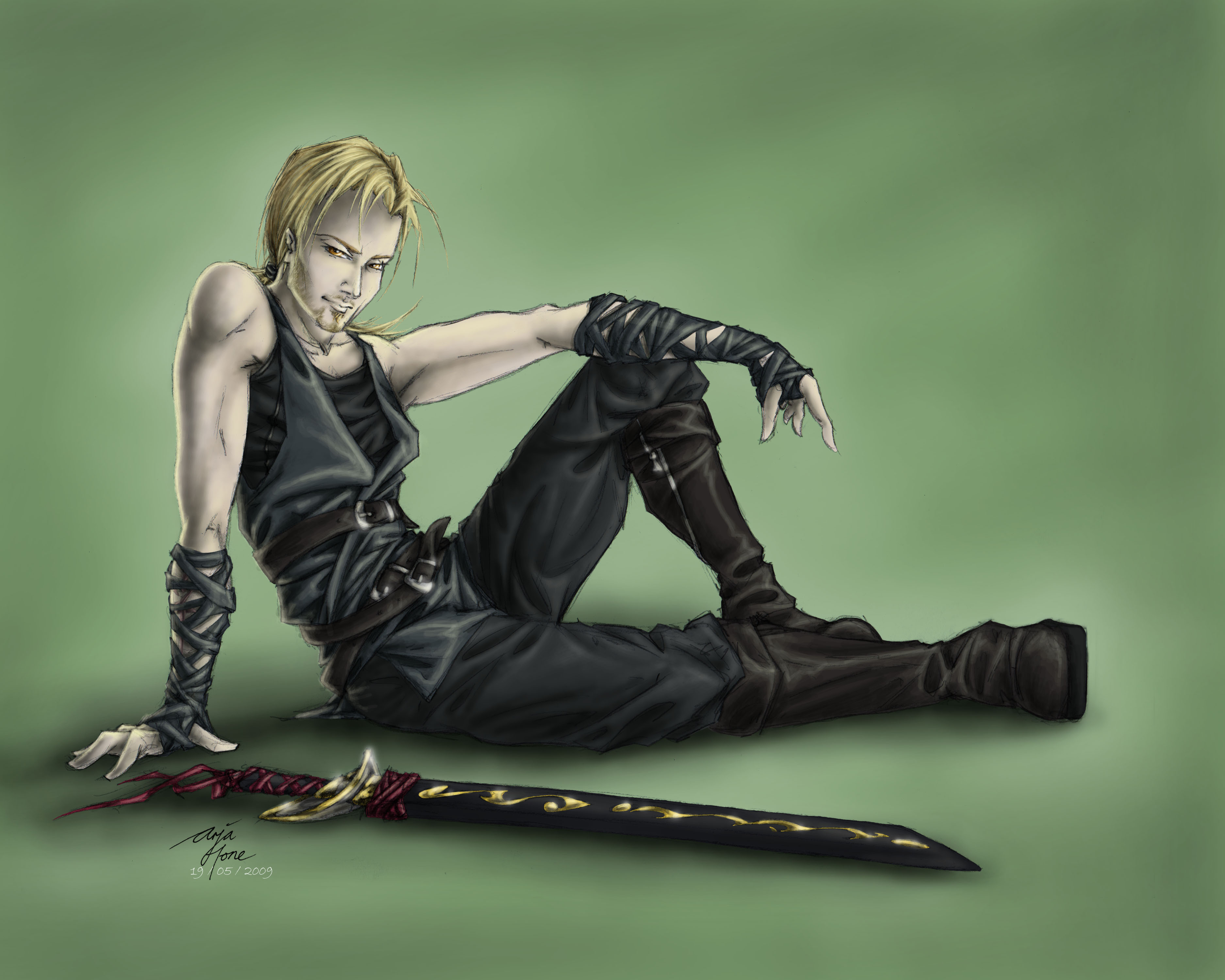 New request from Setie, to go with the last two;

"Sadik is a Bladeborn, which is something of an offshoot sith sect. Best way to describe them is to think of samurai. They are mostly melee combat specialists and usually sacrifice fancy dark side force powers (like lightning) for that. They prefer blades over lightsabers (though they have those too) because they feel a blade has more of a soul. They also maintain a bit more respect for people then normal sith. They are however, ruthless, brutal, and have no qualms about taking people apart that get in their way or insult them. Like the samurai they have a code of conduct they are honor bound to follow and they do commit seppuku if they fail, or they get beheaded via their own.

Sadik himself is pretty much a lion in a man's body. He's a very proud person and does have some right to it, but he's smart enough to know his limitations. He is however more laid back (his master says lazy) then some of the others and that causes them to frown at him often. He has never however failed to follow their honor code or do his duties, he's just lazy about the rest of life.

Appearance wise he's very much a pretty boy. He has shoulder length blond hair he usually has in a low tail and a fashionable little soul patch on his chin. While he might be angelic in the face, his nose is off center from it getting broken years ago. His eyes (like a good lion's) are gold in color. It's not uncommon for Sadik to have some girl trying to get his attention and him basically sighing at their silliness.

Like any Bladeborn, he's never far from his sword, and has been known to smack people that try to grab it. Usually he walks around with it in his hands like a cane, or holding it behind his back like a soldier at attention (blade basically parallel to the spine. If he needs his hands he can strap it onto his actual back. The sword itself is simple and sharp in the blade, the hilt is black with gold tips and fancy in it's tooling showing that he took a lot of time with it when he put it together. The sheath is a simple black and like the sword has a cortosis weave in it (to stand lightsaber strikes). Aside from the sword, Sadik usually has a long knife in his boot and an actual lightsaber on his belt.

Clothes wise, Sadik's robes are practial and he is almost always in black. More because it's easier to hide and get blood stains out of black then any other color.

In case you decide to going showing his arms off, on his upper arm there's a brand of a sword, not to fancy but not just plain either. The higher in rank you go the more fancy the brand, Sadik is technically rank 2 so the basic sword is then I think half a sun (the beginning of the day being metaphorical for being born)"

Awesome as always Mercy, and I still love the sword and sheath, very classy, and beautiful.

Good stuff, good stuff. Very well done. I especially like the wraps on his lower arms and all the detail on the sword.

Thanks all! Thanks for the facial hair goes to Number7 - Pretty boy or not, I agree, he needed it!