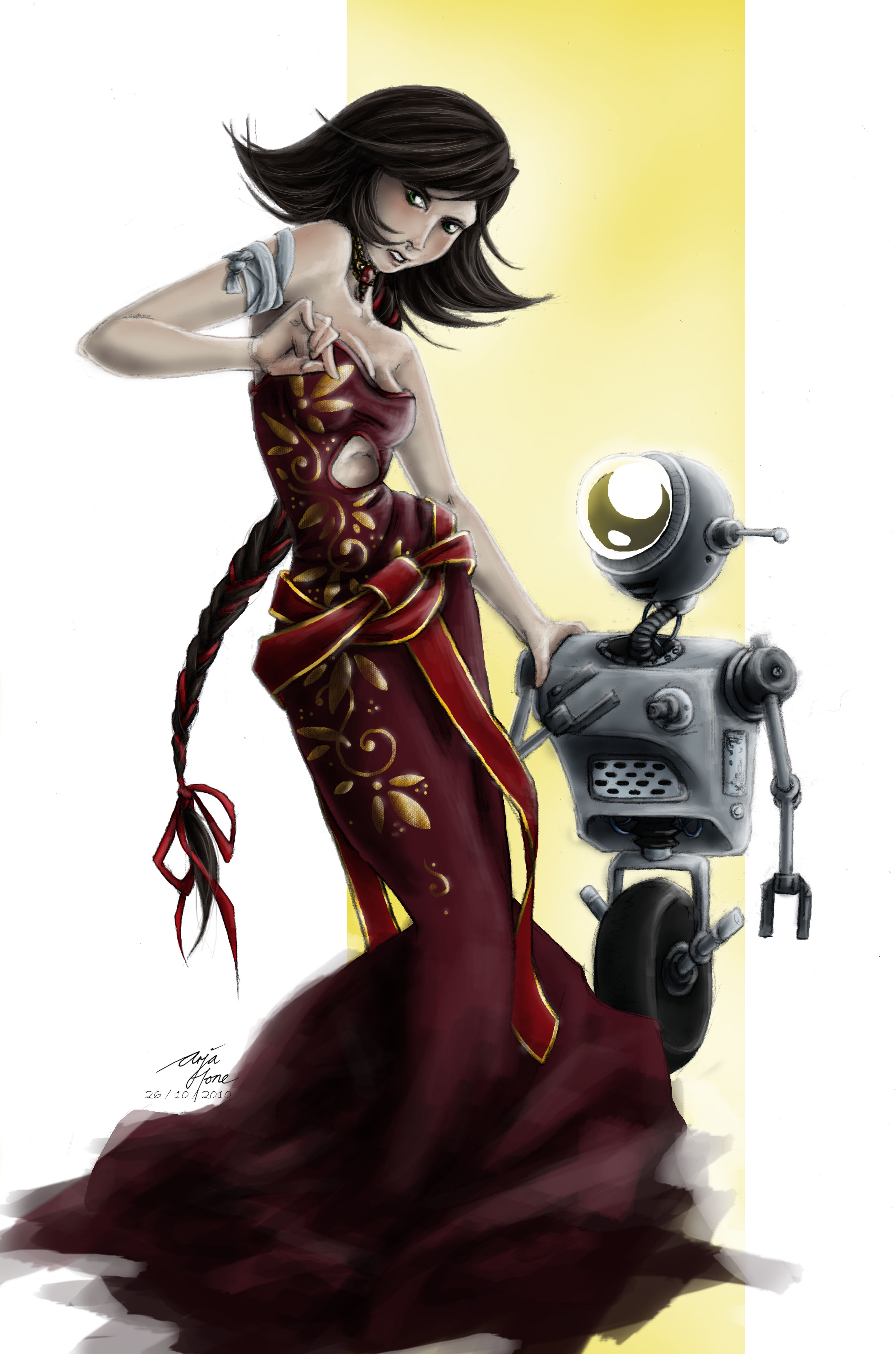 Triss in a dress

Request from Trisskar to go with the scene found HERE

“...your garments are being washed and mended at the moment miss, though I was instructed to advice you to consider purchasing something new, they were rather tattered...” the droid rambled on, Triss was only half listening to it's annoying banter when she suddenly stopped herself and re-played the droids words over again. Her Garments? Raising head from hands she looked down at herself and suddenly leaped up onto her feet

“Oh My!” The Droid exclaimed at her sudden motion. Triss's hand instantly darting out to clamp onto the droids shoulder as she about crumpled to the ground. Her legs still very unsteady from the exertion she had put herself through. Gritting her teeth Triss searched for a mirror through squinted eyes so that she could look at herself fully.

The young sith apprentice who had never worn anything 'girly' before in her life, was now adorned in an elaborate, dark red gown. The design of it was rather simple really, accenting every curve and showing off all the tasteful things men found in women, making Triss' cheeks turn red as she surveyed herself in the mirror. Vulnerable, exposed, and self consciousness flared through her as she remained stunned for several moments before she scowled and turned onto the droid furiously

“Who ordered this!?!” She hissed venomously

The droid tilted it's head, not understanding the reason for her sudden outburst but decided it best to simply answer “Why... Lord General Darmuk picked the gown out personally M'lady”

*whistles* Darmuk sure knows how to get the girl dolled up. Pity Sadik wasn't in a position to appreciate it. I think at that time he was waking up after almost getting ran through and was not happy. XD

Well, she still has the dress...no reason Sadik can't make her ware it again ;) :-p

Wonderful work! What a great moment in time, captured so skillfully.

Looking great. Princessa Leia wishes she could dress up as nice. Thumbs up for this one. She having to grap the droid because of the high heels. lol.

haha Actually she's grabbing the droid because she went in 'Beasty' mode (A very feral, animal like rage) against Lord General Darmuk, got sedated, and is experiencing the after effects of all of that :-p which is alot :-p so shes very unsteady on her feet at that point

Hey, glad you all like so much!!
I'd thought that, since it got bumped off the front page so quikly nobody would even see it!