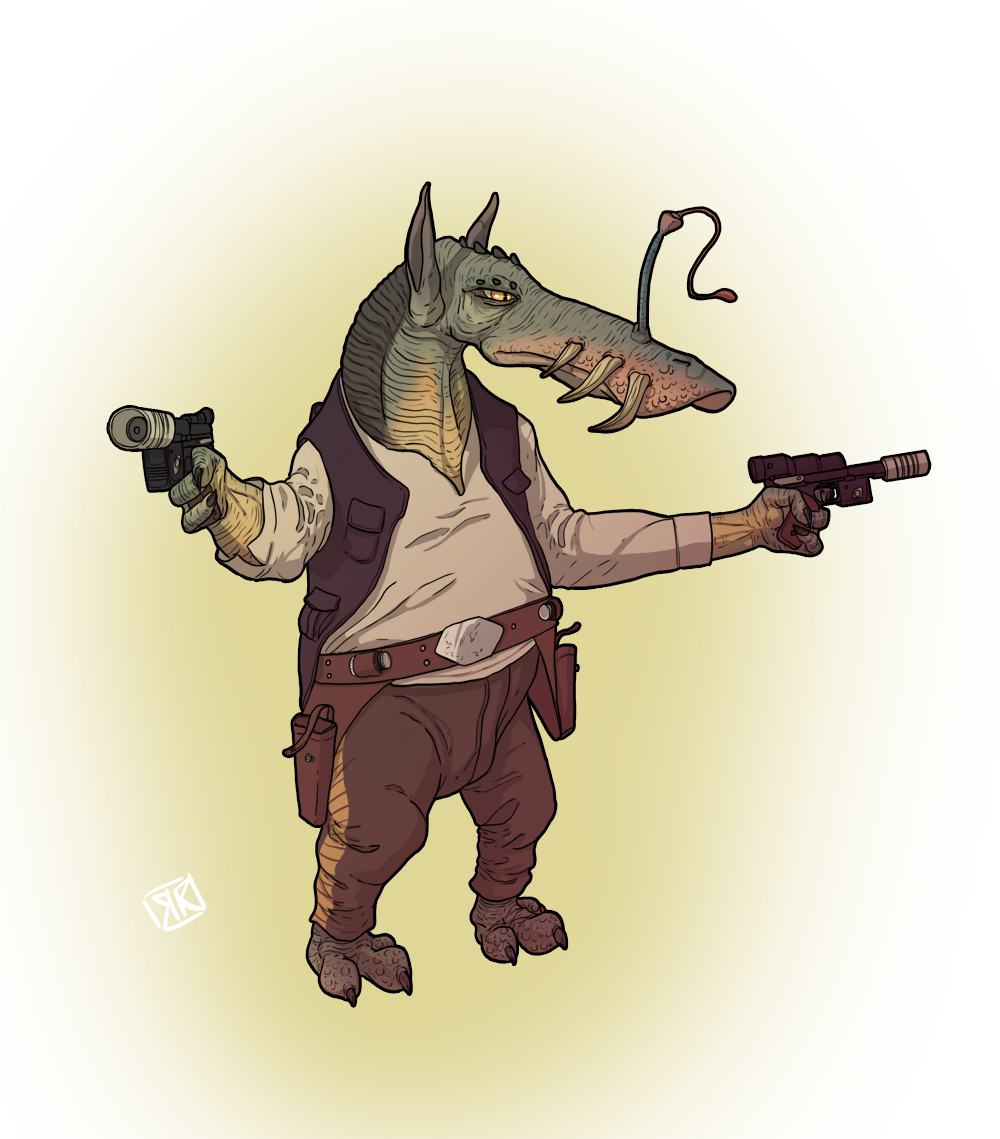 Another redraw of an old piece - a request for a Vulptereen smuggler that I did years ago. http://swagonline.net/image/vulptereen-smuggler

Isn't that just how smugglers dress? ;)

I agree Asok...very smuggler. What? cant a store sell the same outfit to two people? He looks great. And since he is a Duckbilled Anglerboar that is no easy task. Kudos

Well with the bloodstripe and all we have to assume that Duckbilled Anglerboar also served in the Corellian military or is an imposter. Which... I wouldn't put past a smuggler.

I hate how every background visual detail in the Star Wars universe has to have an elaborate backstory. CAN'T PANTS JUST BE PANTS

Never!!! But they can be trousers or slacks.

I suppose trousers can just be trousers, however in your defense, Asok it was also possible that the bloodstripes were, on rare occasions, awarded to non-Corellians. In the original film Luke Skywalker wore brown pants displaying the gold second-class bloodstripes during the award ceremony on Yavin 4, following the destruction of the first Death Star. Once during one of our RPGing sessions, K'Ehleyr and her friends were all awarded the red piping of the first-class Corellian bloodstripe, for returning a very important stolen item to the once prestigious, Corellian royal family. Restoring honor to the King of Corellia and clearing the undeserved bad reputation of his beloved, recently deceased cousin.