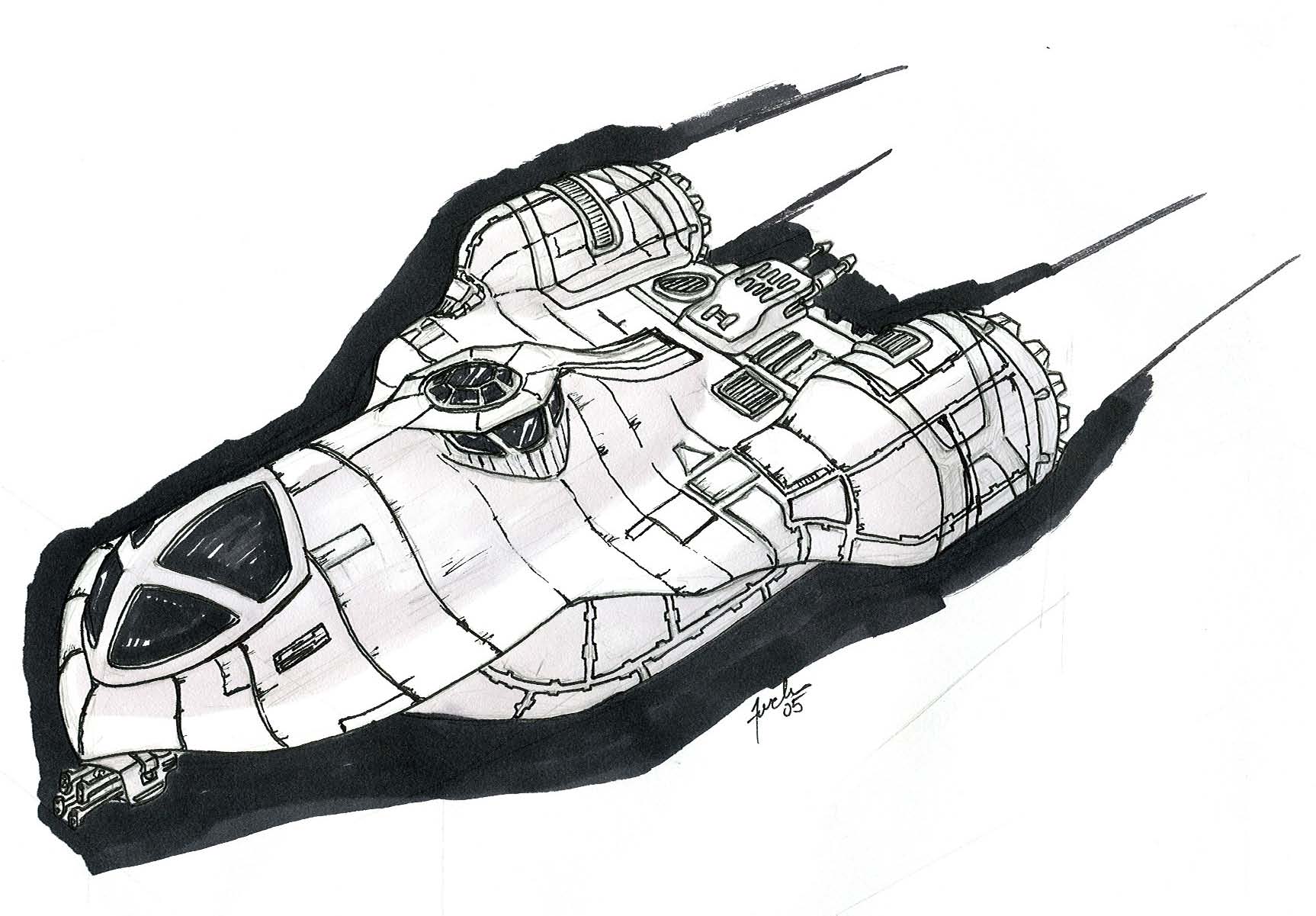 The Where Credit's Due

I did this drawing as a request over on the JC Boards a few years back. With the requestor's permission, I borroed this design fro my own storyline as well. The Where Credit's Due was a tramp freighter that was owned and operated by the Sullustan Nyib Nyea. Among her crew were two Rodian orphans from Nar Shadda. Beroodo, the older of the two, worked his way into the pilot's chair of the Where Credit's Due, where he learned the skills that later made him one of the best extraction pilots the Rebel Alliance special forces had ever seen.

Awesome ship design!! I want one!