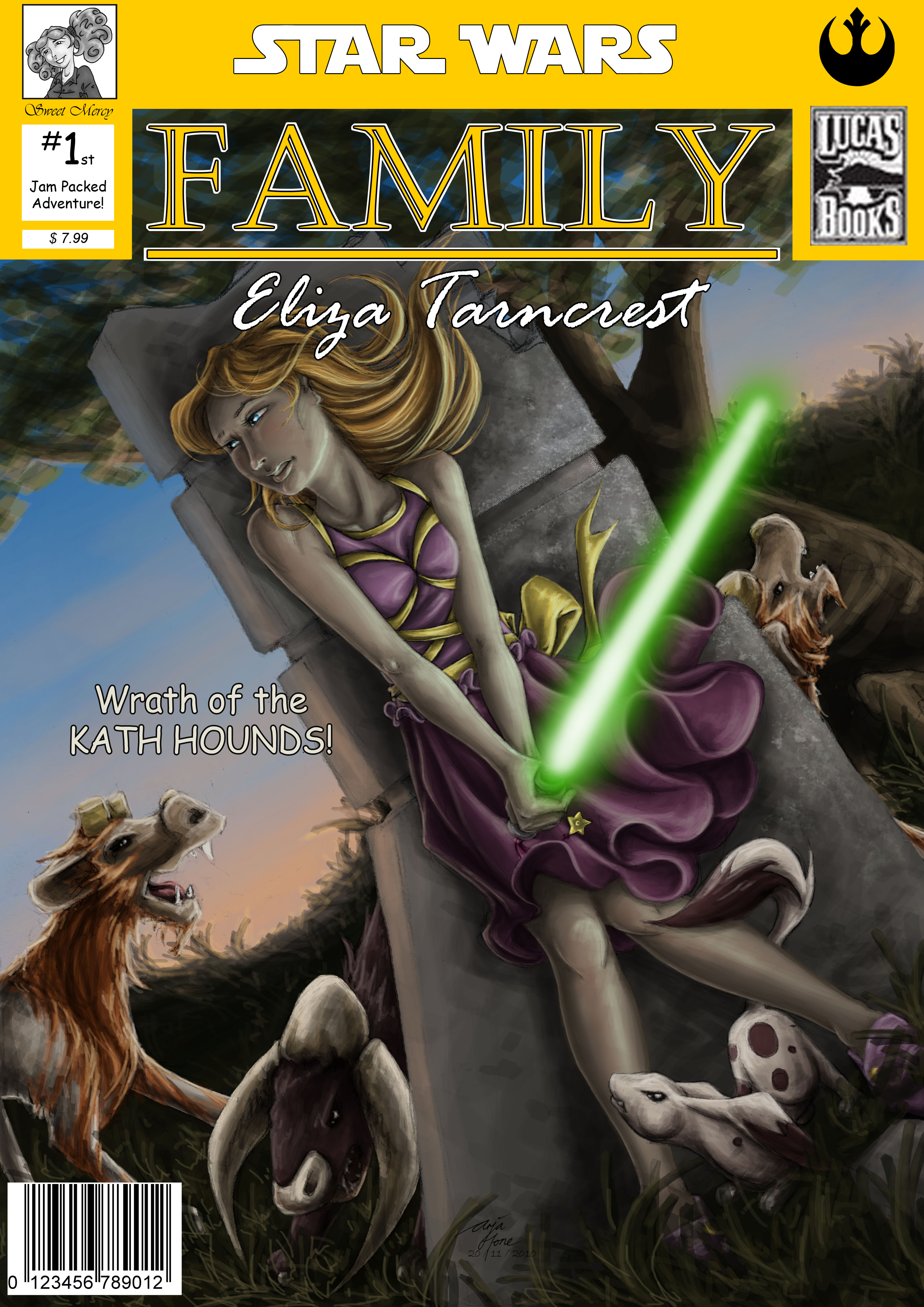 It was the same dream again. For the past week, Eliza kept having the same dream over and over. She would have asked her father what it meant but he was away on Sector Ranger business, her brothers were on their own exploits as well, and mom didn’t know what to make of it.

The dream was one full of heavy fog that rolled around her. Portions of the fog would take on shapes of things she knew like kath hounds and others made no sense at all, a Cathar female, a human male, and a stone structure that looked vaguely familiar. Eliza found herself standing in the middle of the stone structure and the cold dreaded feeling of death seemed to envelop the area. Just as the darkness closed in on her, she bolted upright in her bed wide awake.

Something was seriously wrong wherever the stone structure was located. A few more days went by and the dreams still came to her.

One day Asil, her mother, had returned from the Khoonda markets. As she put up the items she told Eliza of the rumors go around about the kath hounds to the south acting more aggressive then normal. Three people were dead and a handful injured. Eliza went to her computer station and did a search on the ancient stone structures and the last time the kath hounds had be seriously as aggressive. The last recorded time the kath hounds acted extremely aggressive was 3,000 years ago and reference to a female Cathar Jedi named Juhani.

Eliza gathered up some supplies and loaded them on her speeder then told Asil that she would be back in a few hours. Lucy, her pet, jumped in the speeder next to her as she sped out of the garage and headed in the direction of the stone structure. An hour later Eliza reached the stone structure and began to examine the area. The presence of the Dark Side could be felt here in the area around the structure. Not strong, but subtle and constant. Eliza sat down in the center of the stone structure and opened herself more to the Force to discern what the cause of this Dark Side stain as Lucy climbed into her lap. The visions she had been receiving began to flow through her mind. Suddenly the Force alerted her to the impending attack.

Eliza rolled out of the way just in time as a bull kath hound passed through the space she had just been occupying. Quickly looking around Eliza found herself surrounded by a pack of kath hounds. Lucy was between her feet hissing at the hounds. She drew her lightsaber as the bull kath hound charged again. She picked up Lucy in one hand and leaped over the bull. At the apex of the leap Eliza slashed her saber through the hounds flank and cleaved it in two and hit the ground into a tight roll and planted herself and Lucy against a pillar. The rest of the kath hound pack circled the pillar. Eliza thrust out with the Force to keep the hounds at bay and even tried to influence them to leave, but she could not keep that up forever.

After about thirty minutes, Eliza was feeling exhausted and three more kath hounds lay dead around the pillar. Lucy would venture forward and nip the hooves of the kath hounds or on the ear of a dead one. It didn’t seem possible but there appeared to be more kath hounds then before all this adventure started.

Just when things started to look desperate Eliza felt a sudden surge in the Force and a transparent being appeared before her. It was the female Cathar from her dreams.

“Greetings young one,” said the apparition, “I am Juhani.”

At her appearance the kath hounds began to move further back from Eliza and Lucy. Juhani looked just as she appeared in the computer files. She looked at Eliza and spoke again. “I used to call this place my grove a long time ago,” she said and seemed a bit sad, “I dwelled in this place when I fell to dark side.”

Eliza looked up at her in disbelief and was speechless. Juhani spoke again, “Yes, I once fell to the dark side, but Revan was able to bring me back to the light, but I left a dark side taint here in the ancient grove and that is what causes the kath hounds to act as they do.”

Eliza spoke for the first time, “What can be done?”

“This is why I am here young one, to help you Eliza,” Juhani replied.

“But… but what can I do? And how did you know my name?” Eliza stammered out.
“More than you know little one, and all are known in the Force,” Juhani said, “You have the power within you to finally cleanse the ancient grove once and for all. Then I can truly rest in peace.”

Juhani told Eliza about the Force power called “Force Light” and how it would turn its’ user into a beacon of light that would drive out all of the dark side taint from the ancient grove.

Eliza steadied herself and did as Juhani had instructed her then opened herself to the Force and drew it in and she felt herself become light. When it seemed that she could not hold anymore, Eliza released in a blast of white light that filled the whole area.

Afterwards Juhani smiled at her. “Well done, little one.” She said, “The kath hounds should no longer be a problem and now it is time for me to go.” Juhani bowed to Eliza, thanking her again for cleansing the ancient grove. “Goodbye and May the Force be with you,” Juhani said and vanished.

Eliza picked up Lucy and got back in her speeder. One last look around, Eliza knew she would be back to visit this spot from time to time. After she got home Asil wanted to know what she had been up to. Eliza replied just fighting some kath hounds and talking with Force Spirits. Her mother spun around with a shocked expression on her face as Eliza walked to her room and laughed at her mothers’ reaction. That night, Eliza did not dream about the kath hounds or the grove.

Super cool, Mercy. Love the angles and the intensity.

They just keep getting better and better. This one turned out really good. That worried look on Eliza's face is intense and Lucy the pet growling is excellent. The kath hounds turned out exceptionally well. I can not say enough good things about it.

You're the best Mercy.

Glad you like, guys!!
I have to say, I'm pleased with angled picture - which I've never tried before! So, thanks! Now I've just got Joss' one to make a start on...

Hah! Thanks Drig - we established with the first issue here that this must be either a bumper size or in NZ$...

Very well written story Mercy! I like the reference back to the Kotor era :)

I can't take credit for the writing, I'm afraid - that was all done by LC!

The date for the story takes place in 976 BBY. Eliza is 16 years old at this time and not fully trained as of yet.