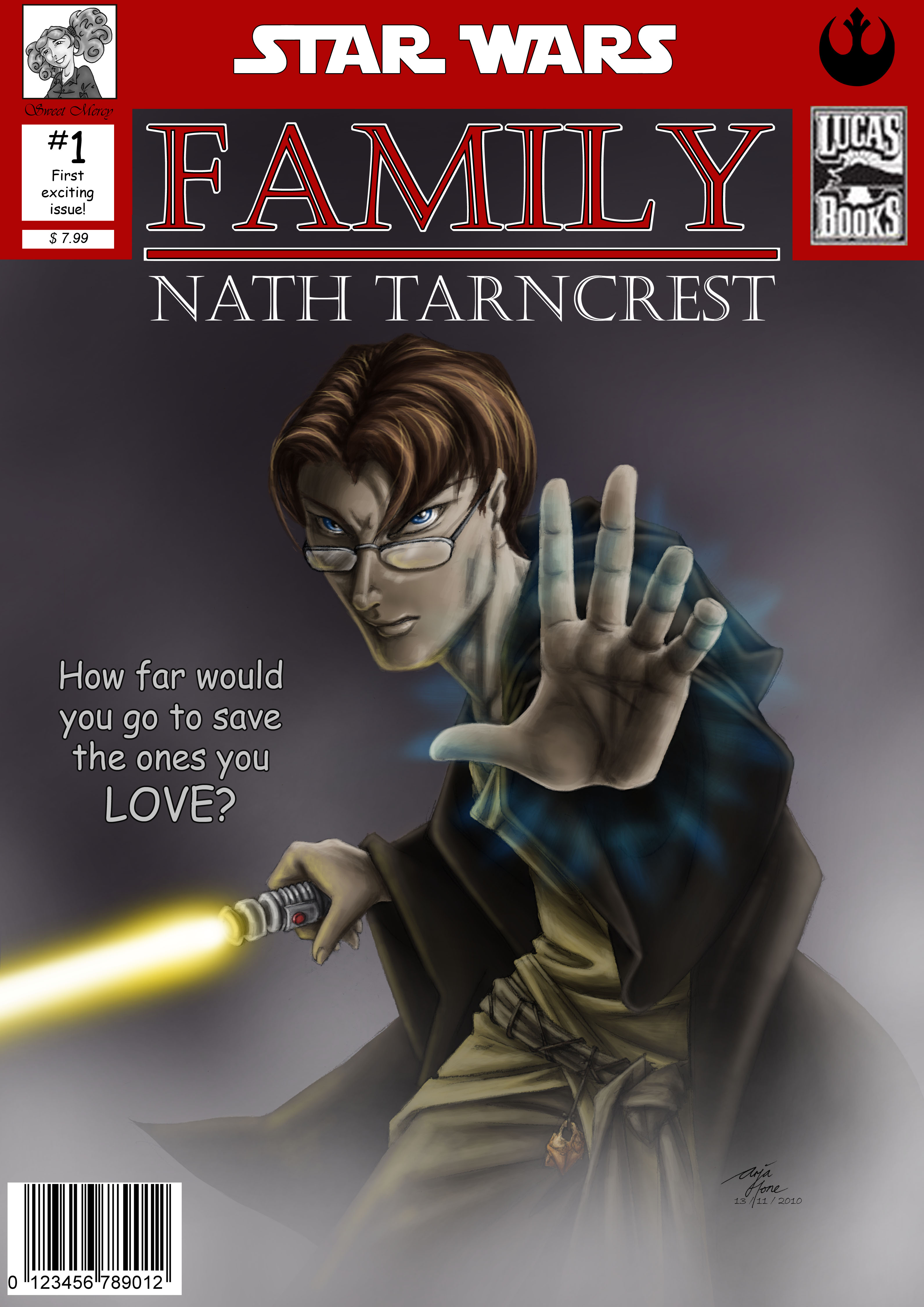 Nath knew something was wrong. He was returning from Coruscant after spending eight weeks at the Jedi Temple in an exchange program. The Force was alerting him that something was terribly wrong at home. His family was in danger and they needed his help.

Nath set his ship down at the family landing pad and proceeded into the house. The family dwelling was a mess. Blaster bolt markings scattered throughout the house and no sign of his family but the bodies of intruders lay about. Gathering what clues he can, Nath begins to track down the ones that have taken his family but he runs into obstacles with people who hold grudges against his family and the Jedi for the way Dantooine has suffered over the millennium.

Frustrated at every turn, Nath’s temper begins to open him up to temptations of the Dark Side. Nath eventually learns through harsh questioning of suspects that his family is being held captive by members of the criminal organization, The Exchange.

Finding the Exchange’s hideout, Nath cuts a swath through henchmen using his telekinesis and lightsaber to devastating effects. The Exchanges boss tries to escape but Nath blocks his escape. Nath raises his lightsaber to strike.

But will Nath give himself wholly over to the Dark Side to save his family or return to the Light Side?

Thats preety cool!
Im liking how "official" it is!

Awesome Mercy! It turned out better than I imaged it would. The kids thought it was cool. Thumbs up. I am looking forward to the others.

I think those are Aussie dollars, because that IS a bit steep...

I have no idea what a comic costs!! Last one I bought was the 'Star Wars - Dark Empire' collection, and that was about $45 NZ, so I just guessed...
What's a normal comic go for in the US?

I think the going price for a comic in the U.S. is about $2.99 to $3.99 USD. This comic is a double size first issue and that results in the higher price. lol.

Oh, and since it's been done for children, it should go for more. :)

Besides, your artwork is well worth it :)

Hey, comics are getting more expensive by the day! In any case, I'd buy this one.