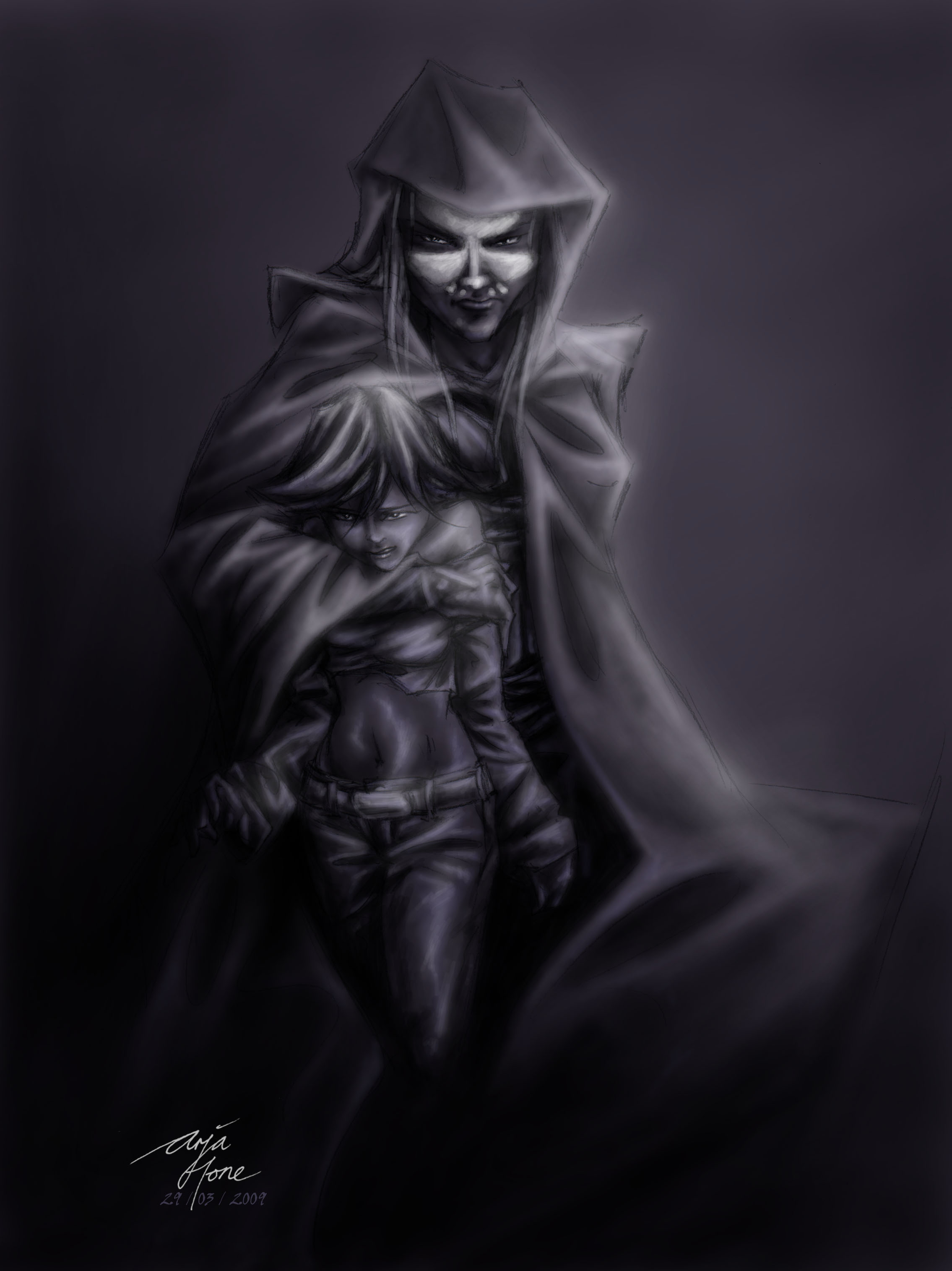 Extract from 'Shadows of Lehon';

“I..I was just...” She began as she cast around for an answer to his question, but the truth sounded just as useful as any story she could come up with, so she simply muttered “Curious” as her cheeks turned a slight red of embarrassment. She was still a child, despite what she had been through it was the small things that captivated her and drew her attention, such as the markings on the walls of this vast temple.

Another man stepped up behind the other, his cold gaze looking down on her with little emotion.

He commented to the other, Triss cast her eyes around for an escape.

“Hmm there's a lot of potential in this one. I wonder..."

Triss turned her attention back to the men in front of her, and tilted her head in curiosity

She questioned, Just then Lord Mainyu stepped up behind her, his right arm wrapping around her shoulder so as to shield her behind his robe in a protective manner. He then addressed the other two sith before them. Triss listened to the conversation intently as she remained wrapped in the shelter of his robe.

Triss felt her heart pound as she watched the conversation. It took no genius to realize the threat in the voices of the adults around her, she shrank back, her back pressing up against her new Master for protection. These men were taking great interest in her, she was never the topic of conversation before, and it annoyed her that they spoke as if she wasn't there.

No but seriously, good work, Mercy. You seem to be the most active artist on SWAG. Where do you find the time?

It seems nobody explained the concept of 'Stranger Danger' to Triss!
Thanks Jace - well observed!

And, in answer to your question, I must use a line that LC is fond of quoting me on - I get so many pieces done thanks to both tunnel vision, and a very understanding husband.