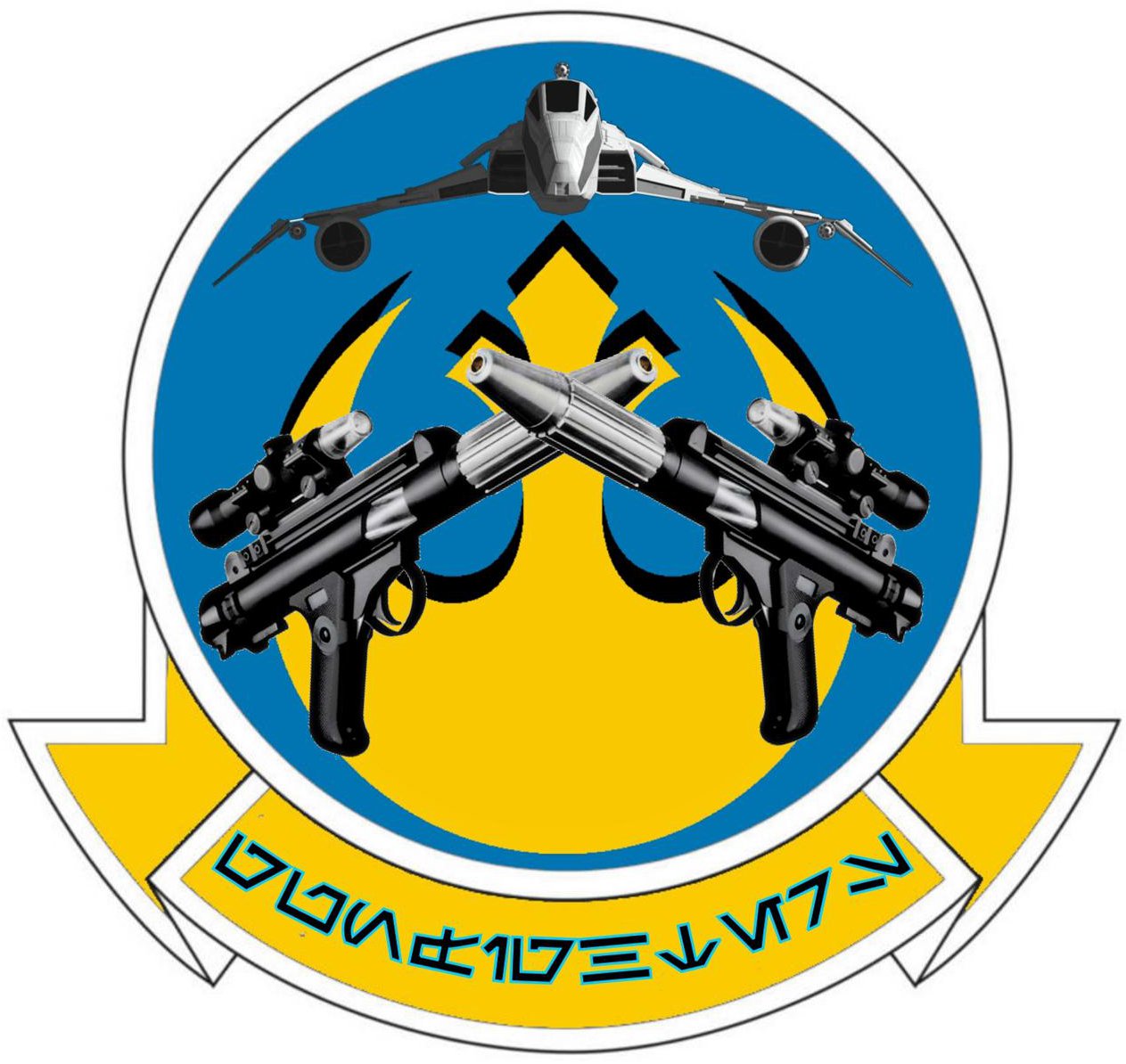 Here is the insignia for Gunfighters Squadron. The unit was formed shortly after the Battle of Endor to function primarily as a test and evaluation squadron for new proposed starfighters. When the squadron was issued the new Feri-Tek T-72A E-Wing, they immediately pointed out that while the fighter has superior speed and maneuverability then the current fighters in use it also had sub-standard laser cannons. While a solution for this problem was being explored for this short coming by Fer-Tek designers and engineers the maintenance crews assigned to the Gunfighter devised a temporary solution, replace the artificially spin-sealed Tibana Gas with naturally spin-sealed Tibana Gas and increase the power to the laser capacitors by a factor of 20. While risky, the solution worked and the Gunfighters made their recommendation that the E-Wing enter full front line service.

Gunfighters Squadron was re-assigned from a test and evaluation squadron to a front line combat squadron during the Battle of Mon Calamari, due to the pilots familiarity and skill with the E-Wing. They were so effective in defeating the World Devastators during this campaign, that the N.R.N. made the decision to keep them as a full front line unit. This decision made Gunfighters Squadron the N.R.N.'s very first active E-Wing squadron.