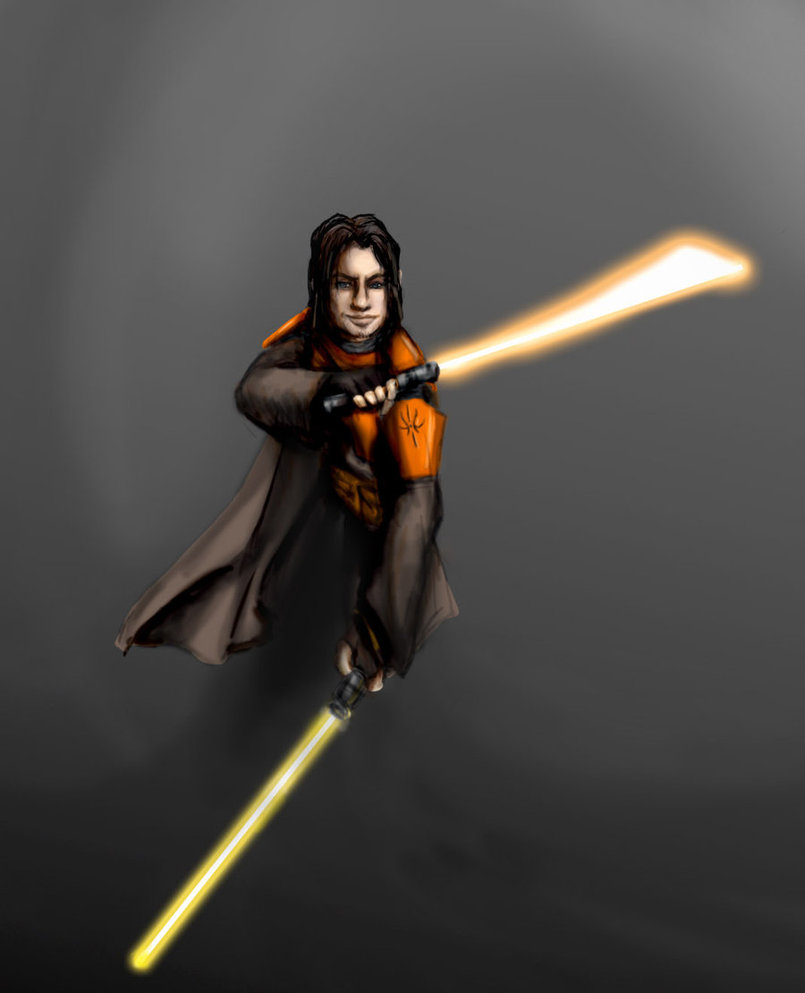 Aaron Orade is a human male born on Mandalore. His mother was a Jedi knight but she left the order to marry a Mandalorian Man she had fallen in love with. When his mother was killed in a local dispute he was taken back to the Jedi temple by the venerable Jedi Master Shru'ken Fenn. He trained as a padawan under Jedi knight Aayla Secura, studying to become a Jedi Guardian. Because of mando standards of maturity, was made a Jedi knight at the age of 14 right before the clone wars broke out, though this was heavily debated by the council. He fought in many battles during the clone wars and at there end he evaded order 66, at the age of 17, and married another Jedi survivor, a Hapan named Kayln Kor. The hid in the Hapes star cluster for many years before the government found out about them and chased them out. They later had a child togethter who was named Emily Orade and shortly after she was born Kayln was killed by Darth Vader. Aaron was left to raise her himself with the help of his Shistavanen copilot and his two droids. Around the time Emily was ten he presented her with her mothers lightsaber and began training her. Awhile later he remarried a force sensitive Twi'lek women named Layla Ven around the time of the Emperors death.

He looks great! I love the little design you put on his shoulder. His hair came out a little longer than I expected and his lips kinda of big but looks but he still looks great! Thanks so much!

I love the way he seems to be coming out of the mist...
Nice work!

I also liked how you incorporated the Jedi elements into his armor.